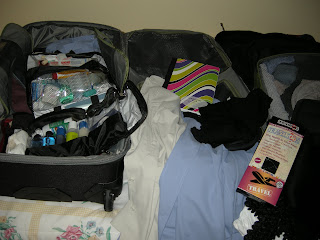 To pack or not to pack: that is the question.
Will volcanic ash in Iceland keep us from flying to Europe on this coming Wednesday?
The planning for the trip began in January. We bit the bullet, took money out of savings, and put it down on the trip of a lifetime to celebrate our retirement. We both felt healthy and well enough to travel and decided that this spring was the right time to take the trip of a lifetime.
Now, we, and so many others worldwide, are keeping our eyes on Eyjafjallajokull. A week ago, I couldn't have even told you were this place was, or how to say it. Ok, I still can't say this multisyllabic word, nor can I spell it, but I do know that this mountain of volcanic ash is creating chaos and disrupting travel all over the world.
Specifically, Jim and I are scheduled to leave Wednesday, April 21, for Frankfurt. From there, we are fly to Vienna where we plan on staying for four days. The centerpiece of the trip is a two-week riverboat excursion across Germany. After departing the riverboat in Amsterdam, I am still hoping to spend the day touring tulip filled gardens before taking a train to Brussels. Our stop in Brussels is planned to last for three days. We then travel on to Paris for the last three days of our trip.
Mother Nature may have other plans. We are hopeful that the air clears soon and that there are no more eruptions. In the meantime, our thoughts and prayers go out to all those who are already caught in the chaos this natural disaster has created. We are grateful that no lives have been lost. We also pray for wisdom on the part of the airlines. It is reassuring to be reminded that all in all, no matter what, God is still driving the bus when it comes to travel!
Posted by Sally Wessely at 11:53 AM 2 comments:

Email ThisBlogThis!Share to TwitterShare to FacebookShare to Pinterest
Labels: travel

My friend and I meet once a month on Monday nights to write. The two of us form our own little writing group. We begin our writing group by writing about a one word prompt. I always shutter in anticipation to see what word Lynette will come up with for me at our monthly writing time.
A few months ago, she gave me the word: inspiration. By definition, inspiration means: the process of being mentally stimulated to do or feel something, esp.to do something creative.
I love inspiration, but can also be led astray by it. I can start down an inspired path and then discover that I have lost the vision that led my down a particular path, or worse yet, I am bored by what once had inspired me.
I mostly find inspiration in the garden. It is there where I create wonderful visions and ideas in my head as I dig and dream. In the garden, when I've had the inspiration to create a vision that I thought would work, I find that I am also forgiving of my failures. I accept that nature may have had other ideas, or perhaps, I did not consider nature's rules when I first created my vision. It is freeing for me to accept that my inspiration was incomplete.
In the garden, I am forgiving for my lack of foresight. Thinking that I have accounted for potential growth, I've planted shrubs or perennials too close to each other or too close to a walkway. When a plant just doesn't work out where I thought it would, I just get a shovel and move things around. Oh, if only life were like this!
Basically, I'm just a dig in the dirt kind of gardener who is led by the vision in my mind. I don't have that freedom in my writing. I wish I could follow that same wild, colorful and unplanned kind of inspiration in my writing that I have found in gardening. Perhaps, it is in the garden that I most able to create voice. I am working on being able to bring that same voice to my writing.
Posted by Sally Wessely at 5:14 PM No comments: 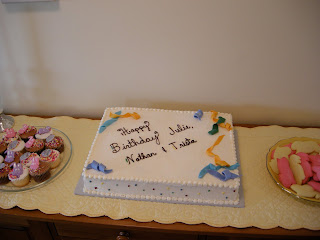 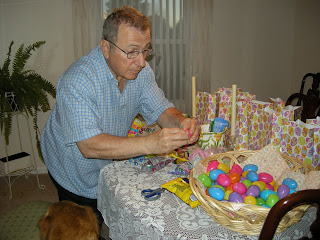 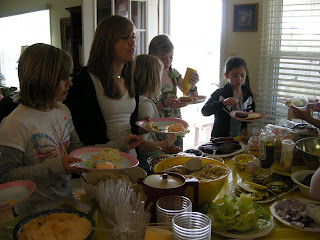 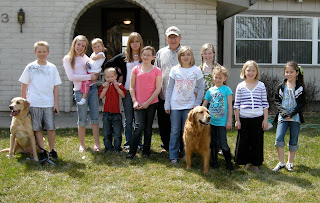 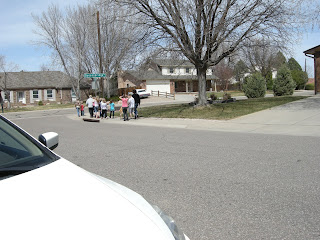 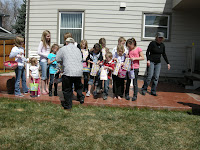 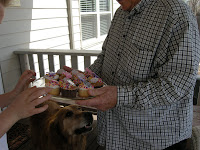 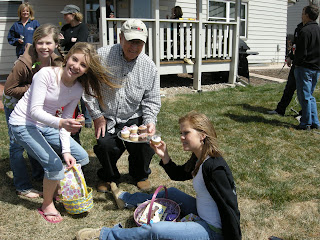 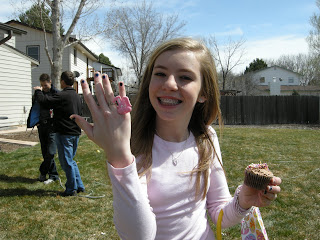 It seems a good time was had by all. Everyone went home with more candy than they collected at Halloween. Great memories of time spent with our wonderful family were carefully filed away by us all. And, now that we are retired, the best part of all was: we didn't have to get up and go to work on Monday morning.
Posted by Sally Wessely at 12:16 PM 3 comments: