Nails Dodges The Big One 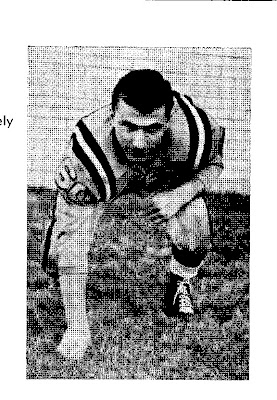 My husband has a nickname.  He is sometimes called "nails" as in "tough as nails" by one of his closest friends.  I also call him Nails at times because he is that: tough.  His toughness was something that was hard won on his daily walks home from junior high.  He lived in a tough neighborhood.  He learned to fight his way home.  And, the way he tells it, there were some pretty tough kids in that 'hood.  (There still are tough kids in the neighborhood!)

In high school, he was one tough football player.  He was known as a hard hitter.  Once, a few years back, as we walked into a local restaurant, I heard a voice coming from the bar, "Oh my God, there's Jim Wessely.  He's the toughest football player to ever come out of East High School.  If he hit you, you didn't get back up."

In his running days, his best friend and running partner started always calling him "Nails."  To this day, he calls and asks for "Nails down the line."

Yesterday, Nails dodged one of the biggest opponents he's ever come up against.  My dear husband, Nails to some, went into the hospital after not feeling well for several weeks.  Being a tough guy, or perhaps because he was practicing denial, or maybe, he didn't want to worry me, he had ignored, or failed to mention, that he was having pressure in his left chest and left arm.

For several weeks my husband had complained about not feeling well. He had no energy. He took naps during the day. He couldn't finish walks. He couldn't finish exercise routines. He was nauseated. I would ask the standard questions, "Do you have chest pain?" "Are you clammy?" I would check his blood pressure. It was good. His pulse was good. His blood sugar levels were good.

As I said before, there was only one thing he wasn't telling me. He had pressure, subtle, but pressure all the same, in his left chest and left arm. I didn't have that critical piece of information. He didn't think it was important information. He thought the symptoms would go away.

Monday morning, after some indecision due to not feeling on top of his game, he decided to go with me to the YMCA to workout.  I went off Pilates class. He went to the exercise room to do his usual one hour workout on the elliptical.  He's a maniac on that machine.  Really, others comment on how hard he 'runs' on the elliptical for at least an hour three times a week.

His coloring was gray. He looked worried. Finally, he told me about the persistent pressure he had been experiencing. He had run into trouble when he tried to exercise. He had no energy. He had shortness of breath. His pressure was worse. Thankfully, he stopped exercising and patiently waited for me to finish my workout class.  (Don't ask me why he didn't come and get me.)

His gig was up with me.  I allowed no protests coming from him to stop me from driving him to the hospital.  At the emergency room, he was put through the typical drill.  He assured me we would be going home in just a few hours.  As it turned out, he was wrong.  Blood work results indicated something was going on with his heart.  He was admitted to the hospital.

Some of you may have heard of the LAD artery before.  It is sometimes called "the widow maker."  If this artery is suddenly and completed occluded at 100%, it causes a massive heart attack.  It was this type of event that killed Tim Russert.

My husband's prognosis is good.  He is already home.  We will go out tonight with our monthly dinner with high school friends.  (Doctor approved.)  He is in good spirits.  He looks good.  He starts exercise again next week.

We will be drastically changing our diet.  We will make sure that his cholesterol stays down.  He is on some new drugs.

He walked out of the hospital alive.

I think there is a lesson here:  Listen to your body.  If you have pressure, or any heart symptoms, get them checked out.  Tell your spouse, friend, significant other, or whomever you know well, the full story when you aren't quite on top of your game.  Don't think that your symptoms will just go away.  Get your symptoms checked out.

Thankfully, we had a good outcome.  Jim did not suffer a heart attack.  He got the medical intervention he needed before things would have been so much harder to reverse, or even non-reverable.

He is tough, tough as nails, but I'm grateful he didn't have to prove his toughness after a heart attack.

We have been blessed, greatly blessed.  God has shown us much mercy and grace.