Summer began for me when we as a family all came together to celebrate the marriage of my oldest son Ryan and his beautiful bride Sheridan.  It was the family event of the year.  For me, it was a precious few days with my children and grandchildren.  Those times are so rare.  Those times are so treasured.

Grandsons were reunited.
There were times of fishing, hiking, and just hanging out like boys love to do. 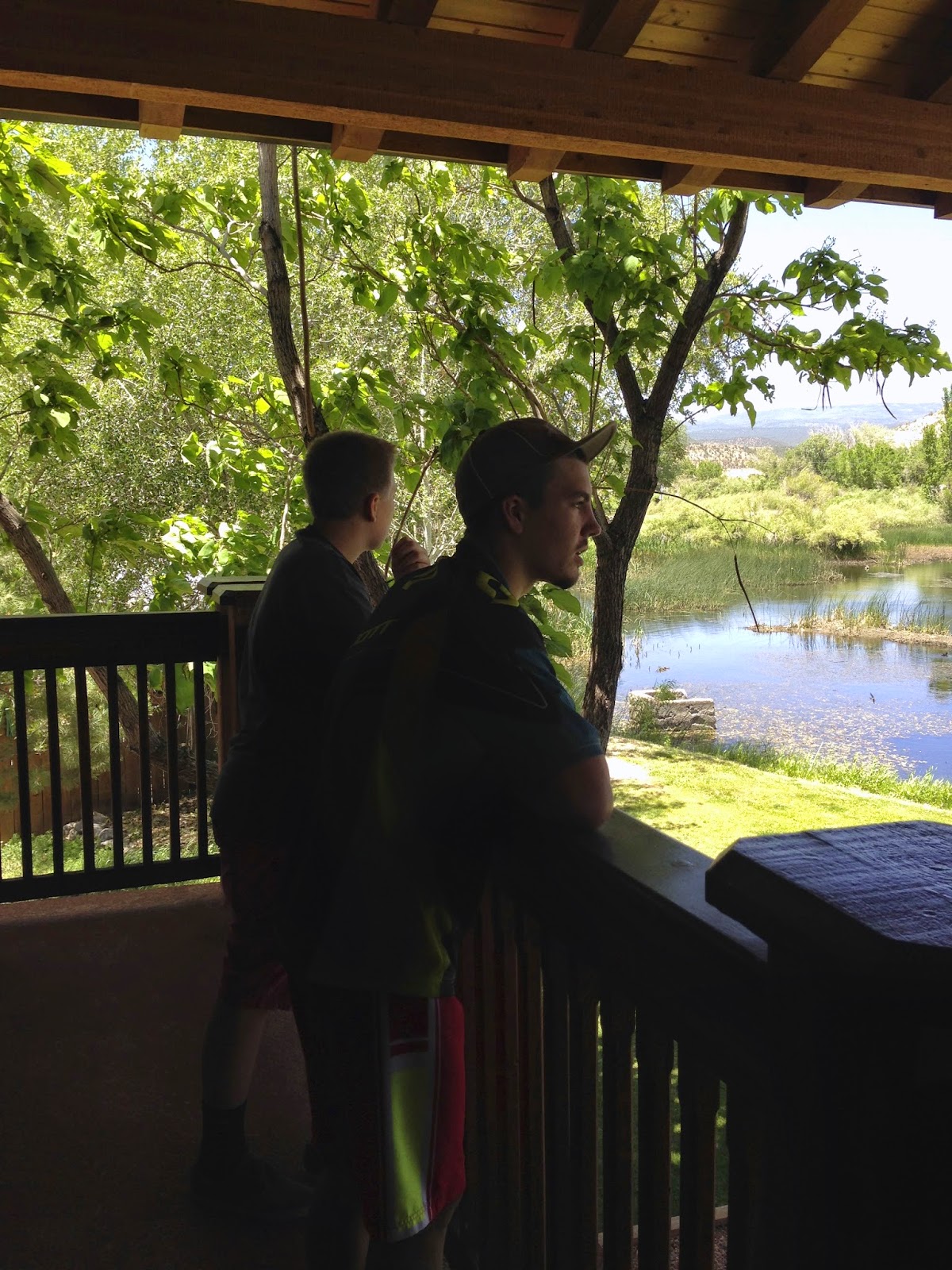 Male bonding time is so important.
The family wedding gave four of my favorite boys time for that.
The other two favorite boys of mine, grandson Atticus, and son Jon,  were absent from this gathering,
but we would see them later in the summer. 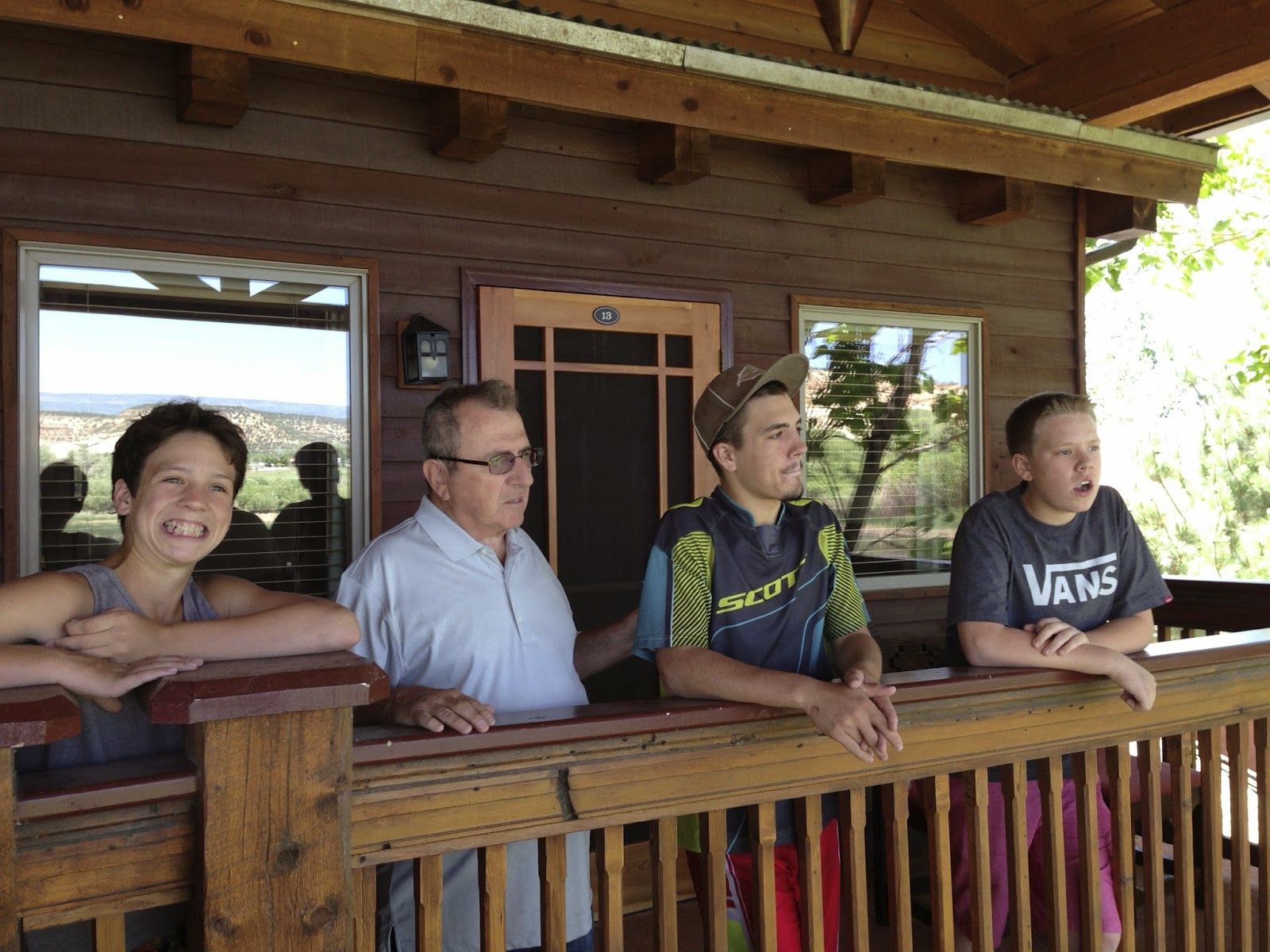 Of course the granddaughters were there too.
My regret is that I didn't get the camera out and take more photos of them.
The laughed and giggled,
sat in front of the fire and made smores. 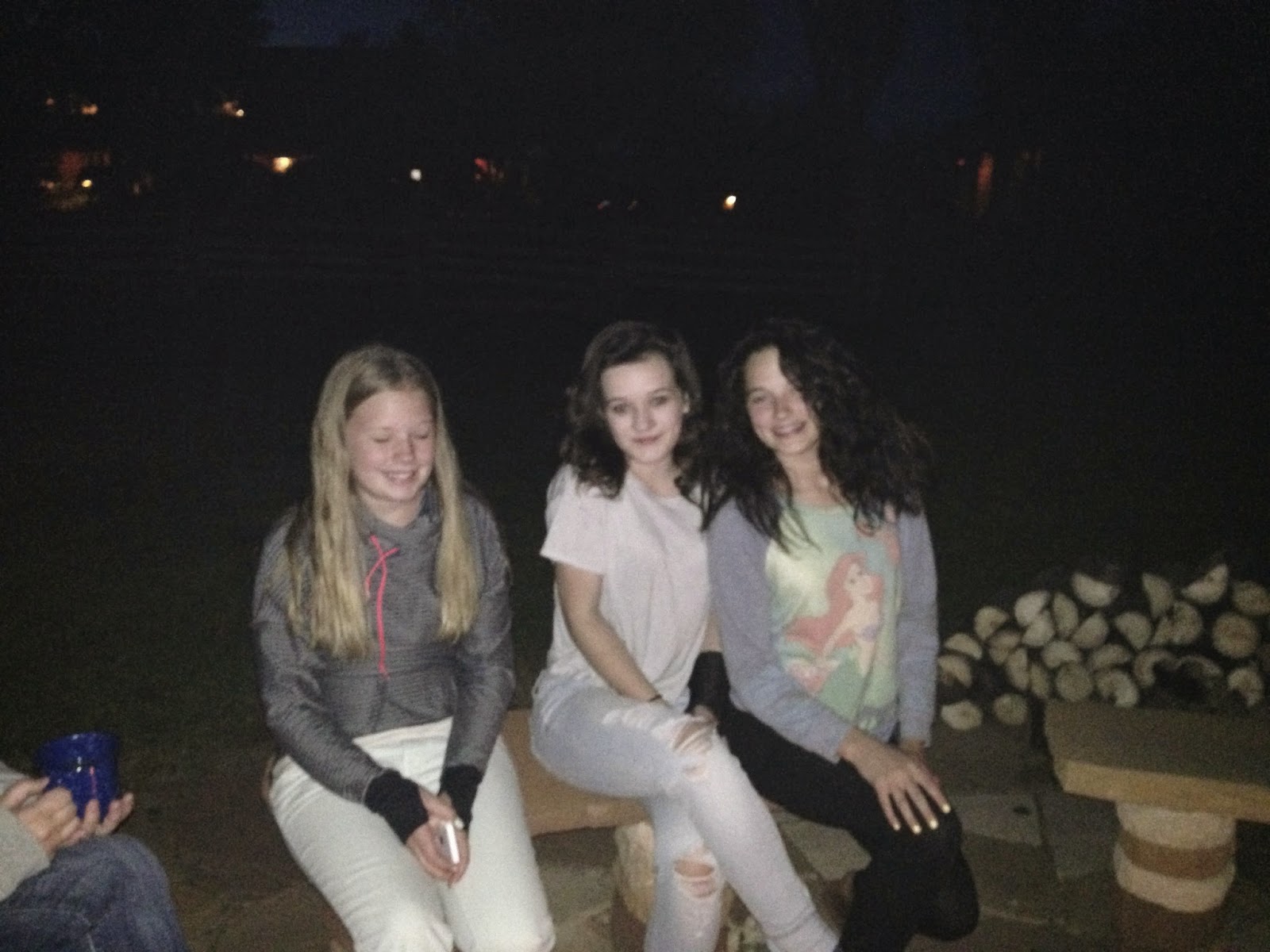 They helped with wedding preparations. 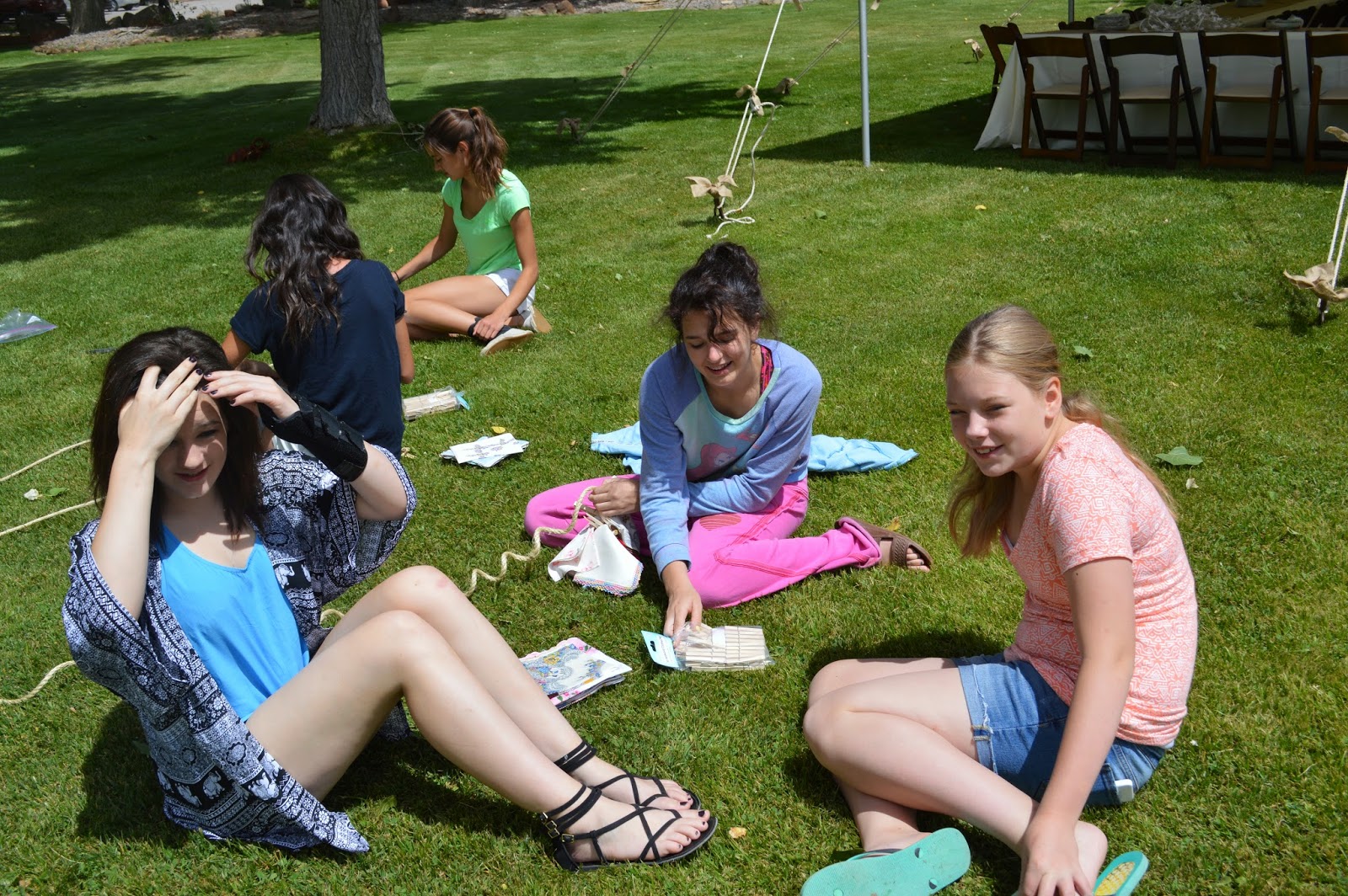 Sometimes, I don't like to constantly be taking photos.
The grandchildren dread the camera coming out.
Later, I wish I had more photos.

My daughters also had a time of being together that included hiking, and getting dressed up for the big event. 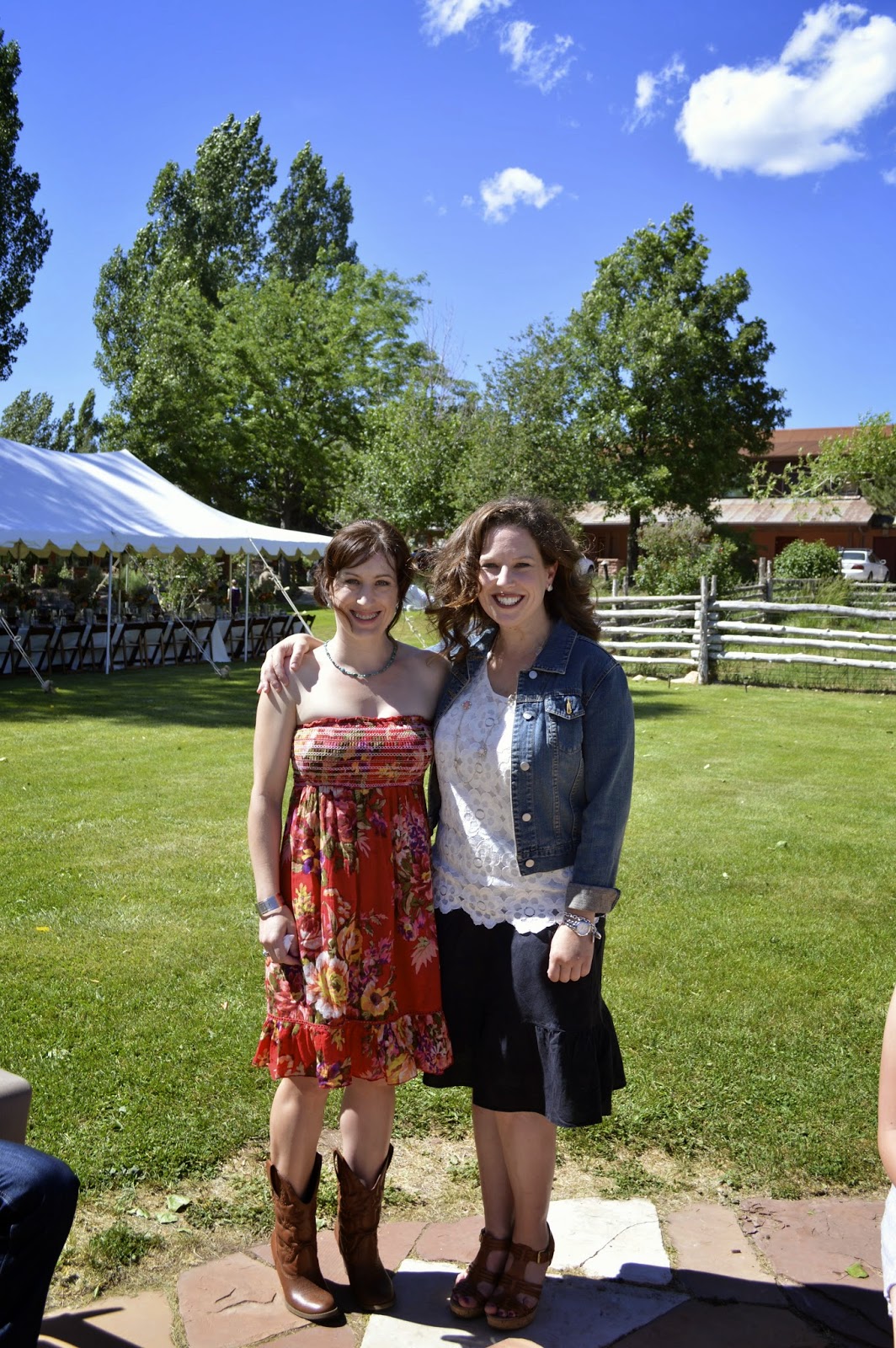 Later in the summer, my youngest son and his son came out for a visit.
I had not seen them for two years.
That is way too long to go without a visit.

Jon and Atticus had not been seen our new home.
I must admit I was a bit nervous that they wouldn't like it.
Our old home had been such a great "grandma" kind of house.
This new place has a lot to offer.
What's not to like about the places where we walk in the evening?

The surroundings are serene, and peaceful.
The views of the city are spectacular.
And then, there are the ubiquitous deer
that are so common to us, but a delight for others to see. 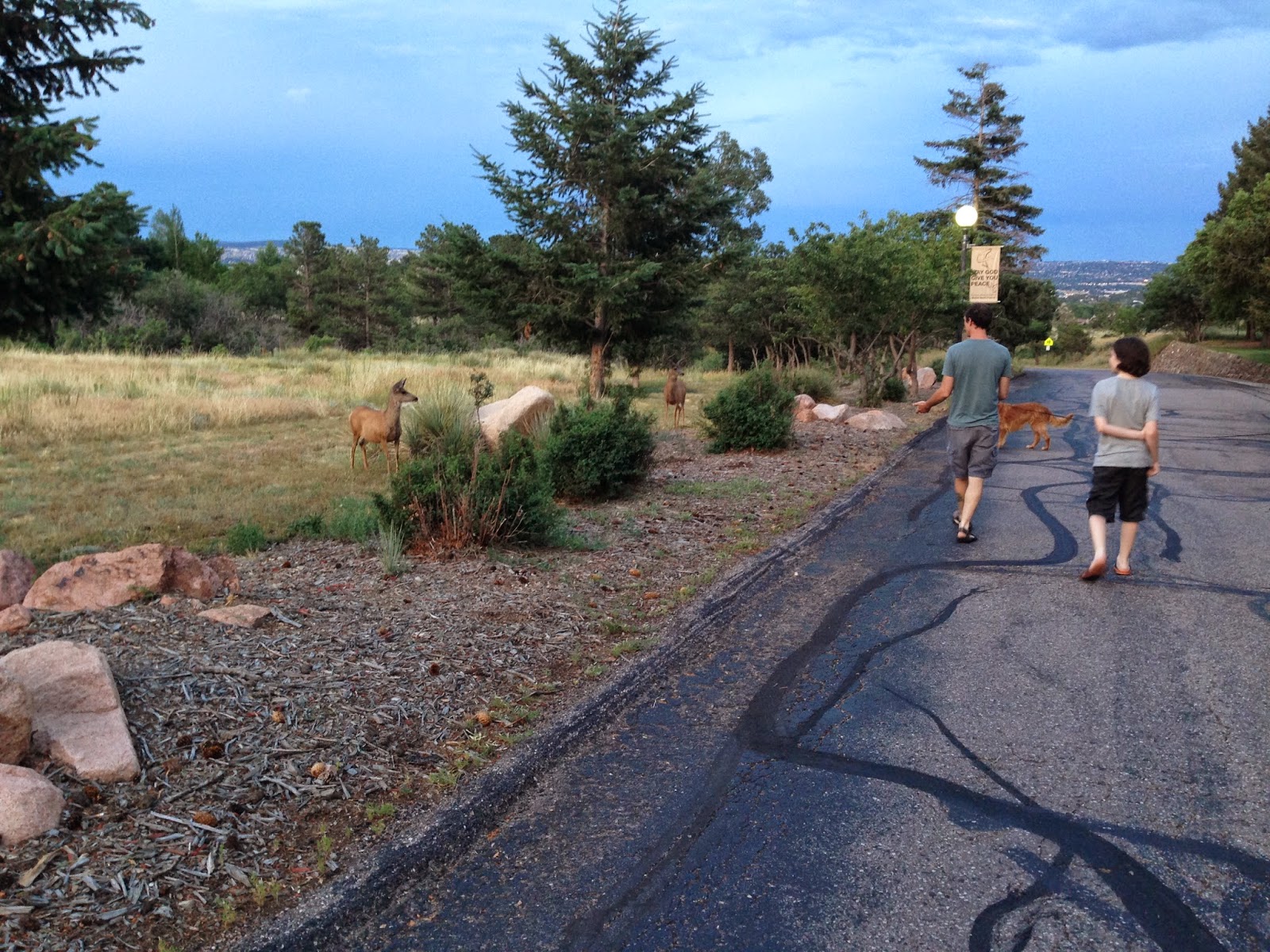 There was a large expanse of green grass where Jonathan could practice his handstand. 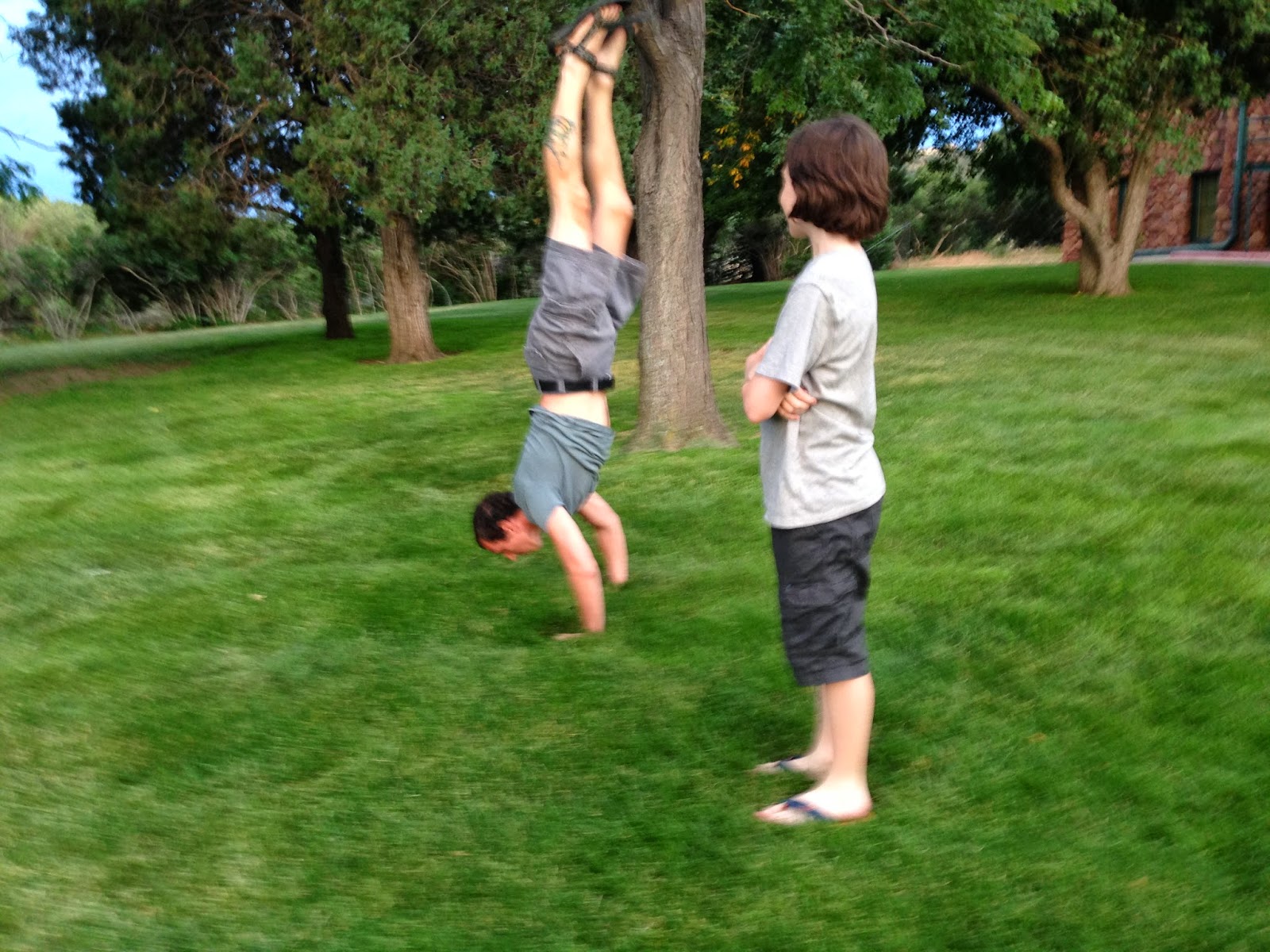 One day of their visit was spent at Water World.
Hannah and Atticus were able to spend the day exploring the many exciting parts of Water World with Jon.
Grandma Sally took no pictures, and mostly sat under a tree trying to stay cool.
She did venture into the water a few times.

We've had so much rain this summer, and it seemed to rain everyday while Jonathan and Atticus were here.  We ventured out for a hike with Grandpa Jim, but we only got a photo taken and then the rain came down.  No hiking was done. 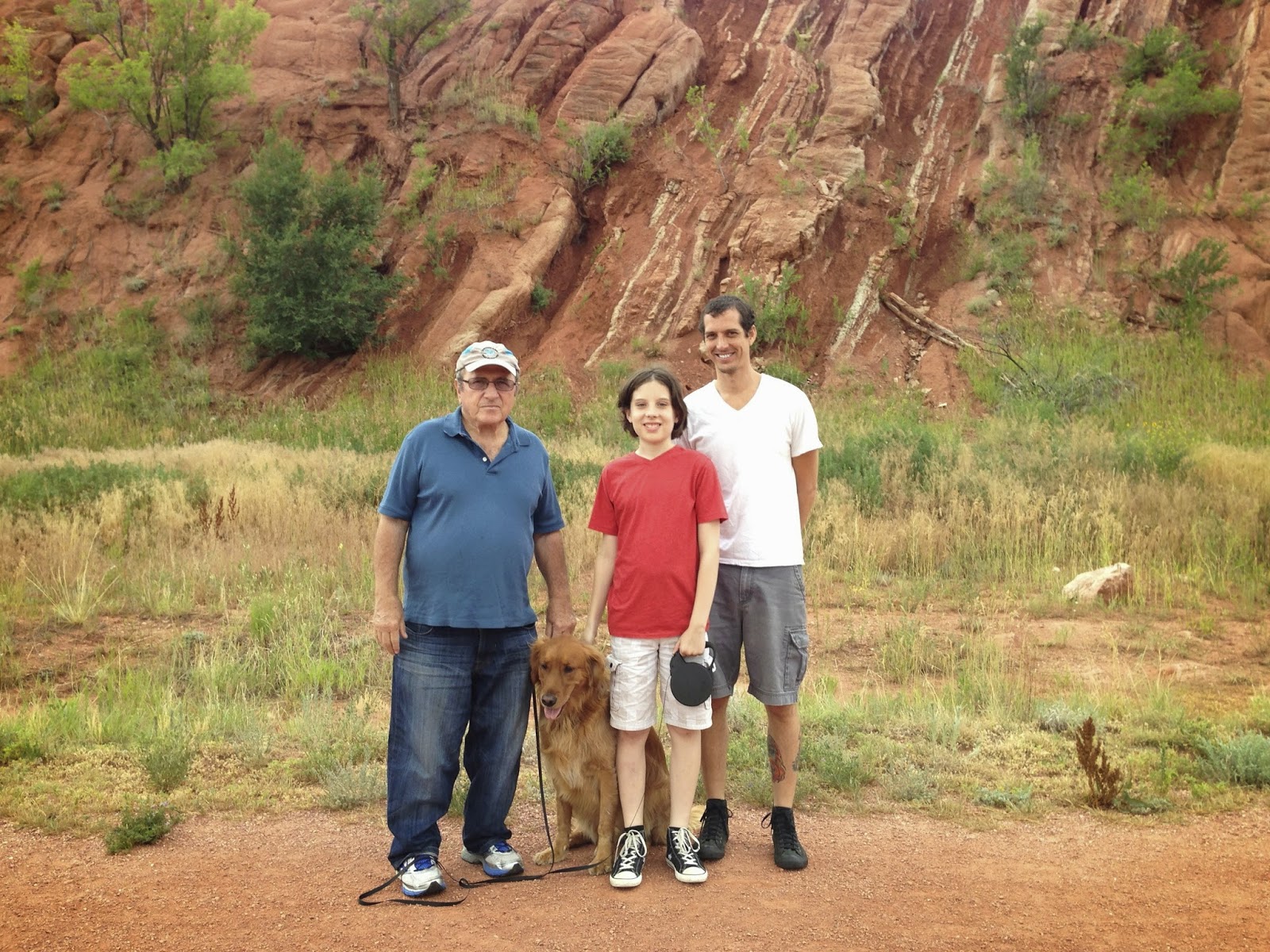 So, off we went to Manitou.
The penny arcade is always a nice destination when it rains.
Jon said this was a game he loved to play when he was the age of Atticus.
Looks like he still likes to play it. 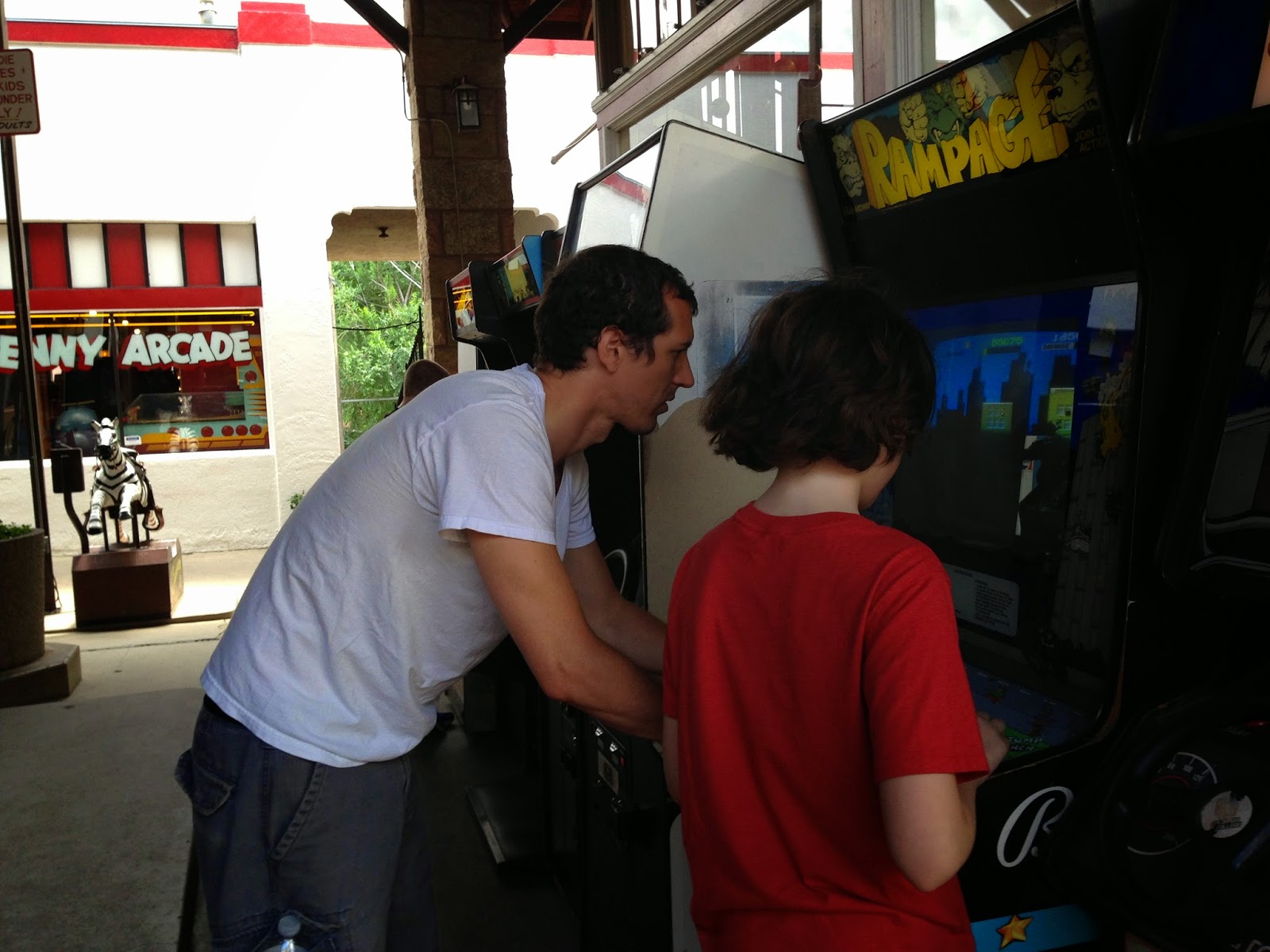 I asked my only left handed grandchild if he played skee ball with his left hand or his right.
He wasn't sure.
He tried using the left hand and then the right to toss the ball.
I guess he is ambidextrous when it comes to skee ball. 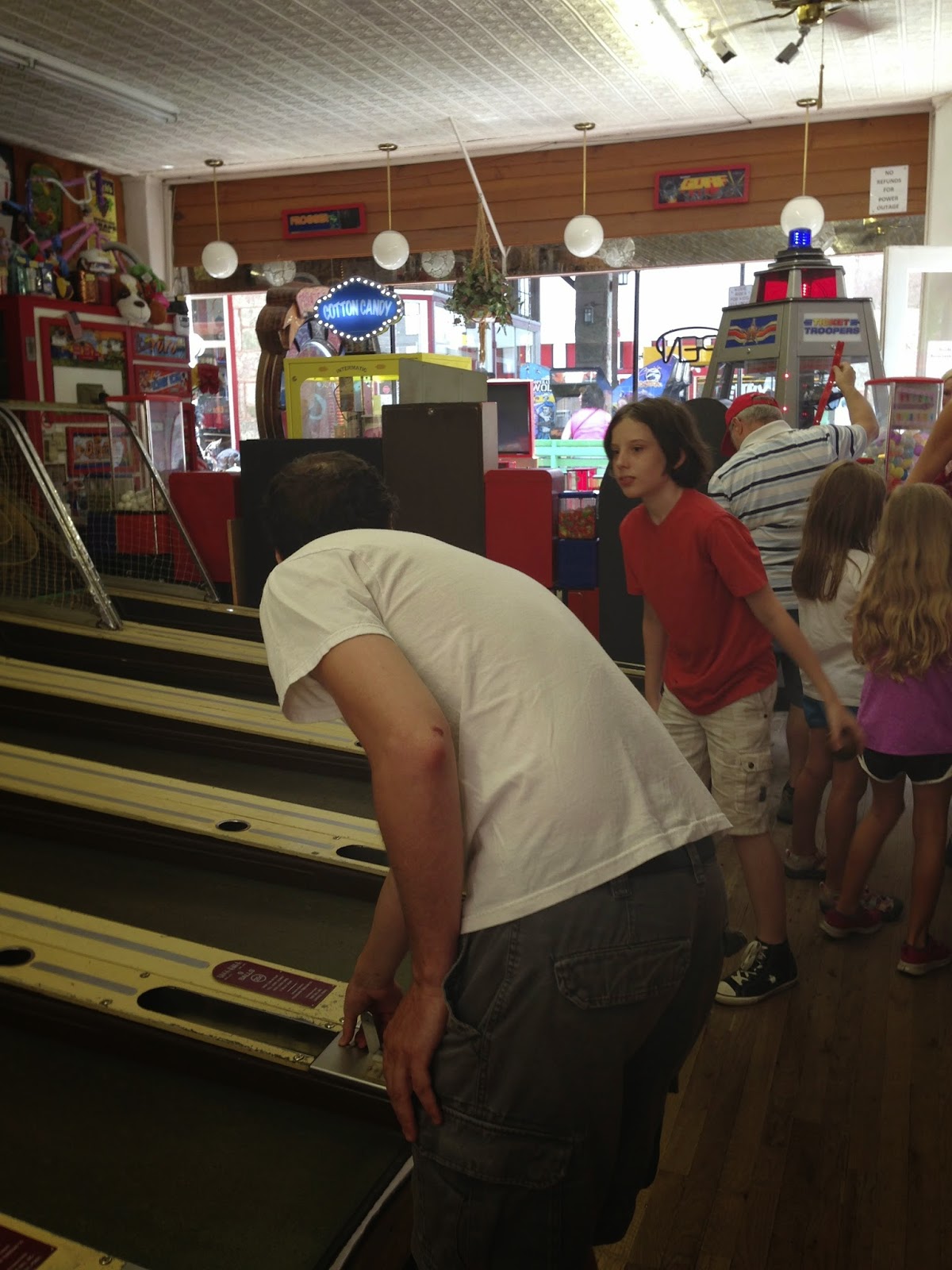 I don't know that Atticus has developed a taste for the mineral water we call Manitou water yet,
but he drinks it every summer.  It is part of the ritual that is a part of coming to Colorado. 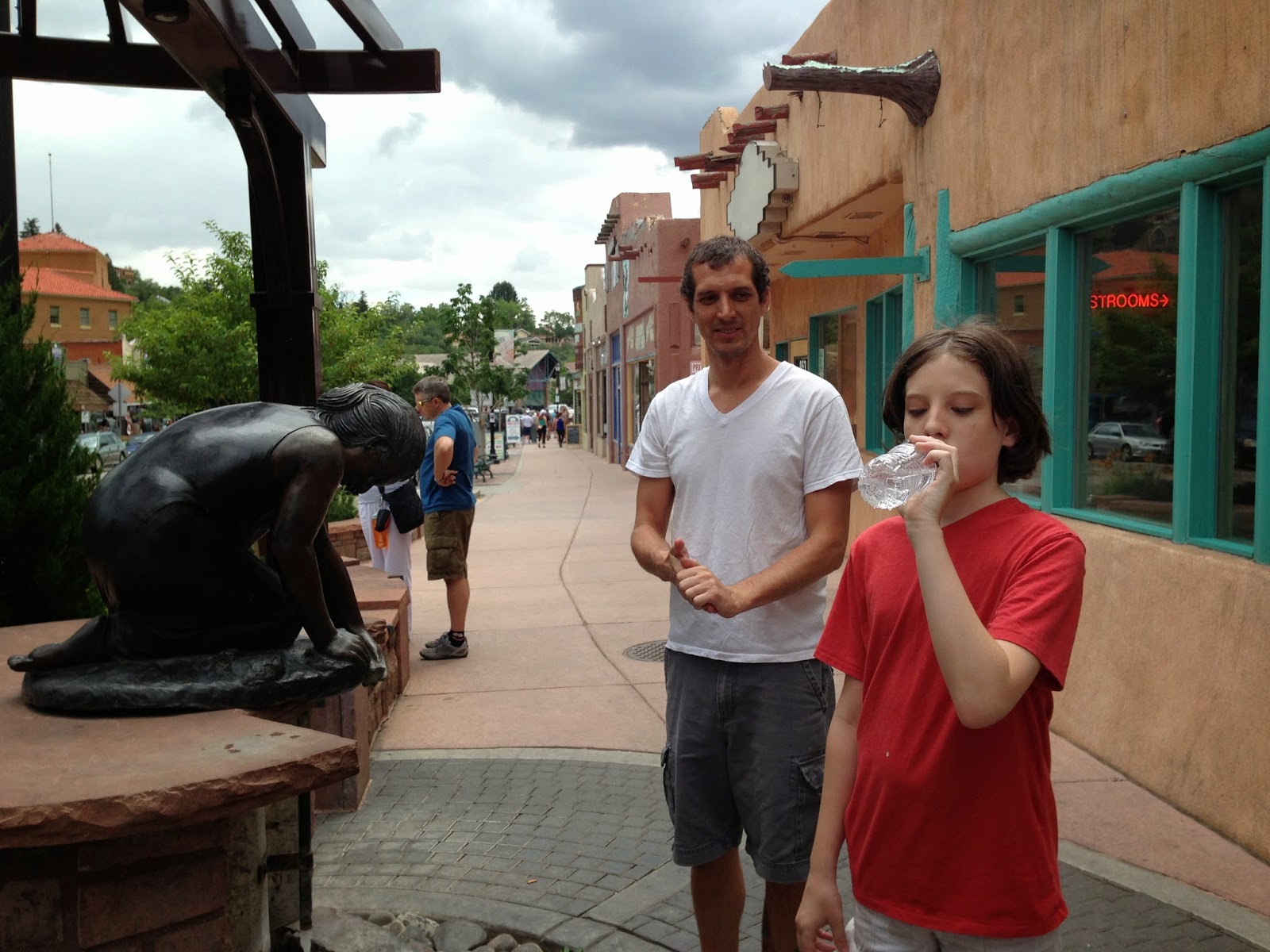 Jon wanted to take us to a place we'd never been.
It is a place where 'stoners' and 'graffiti artists' once hung out.
Now it is a family destination.
I guess the place had changed a lot since Jon was last there;
he'd never seen so many families there before.
The graffiti remains.
He hiked up on the rocks and looked around before helping Atticus across the creek. 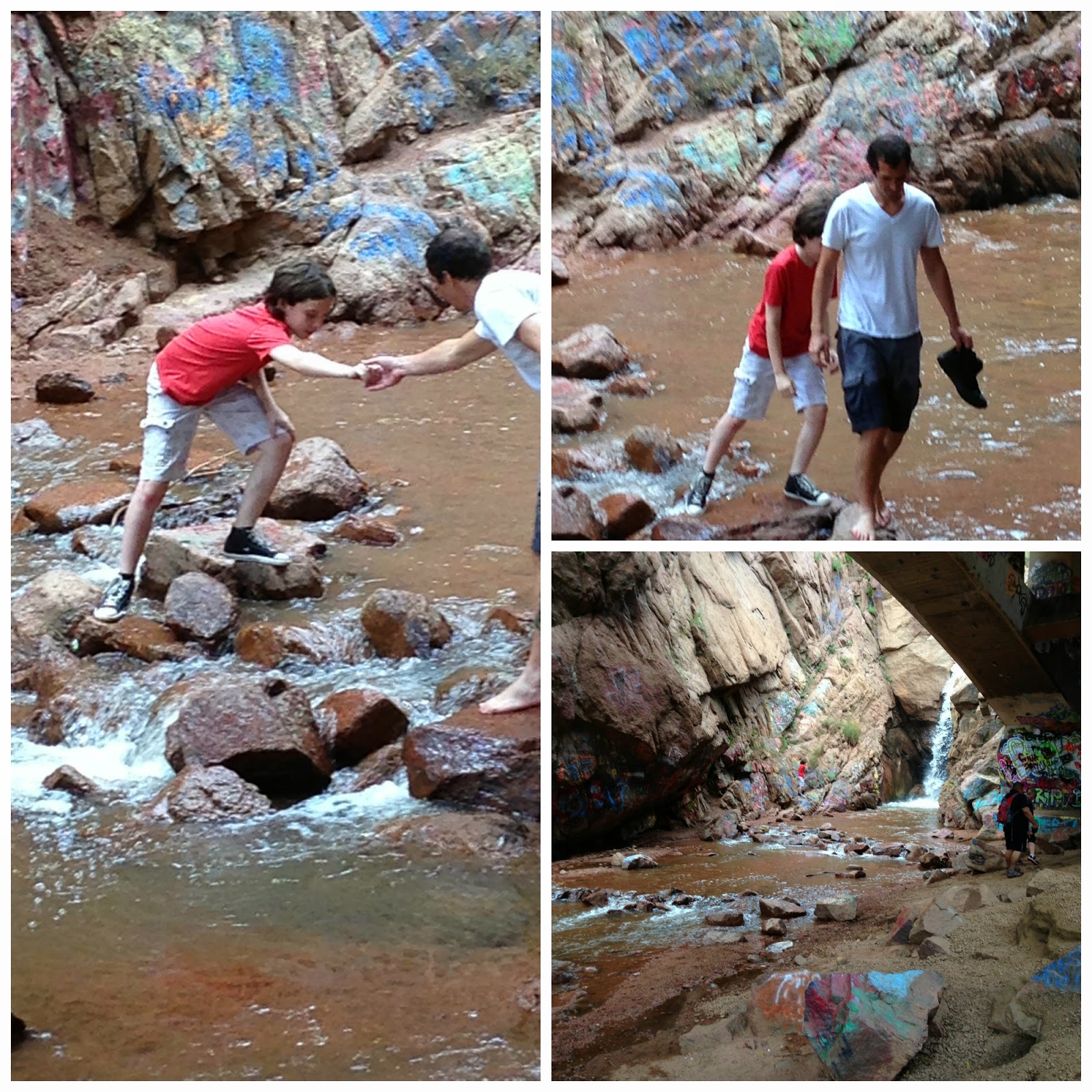 We had to hurry home because daughter/sister Amy was coming down for a short visit. 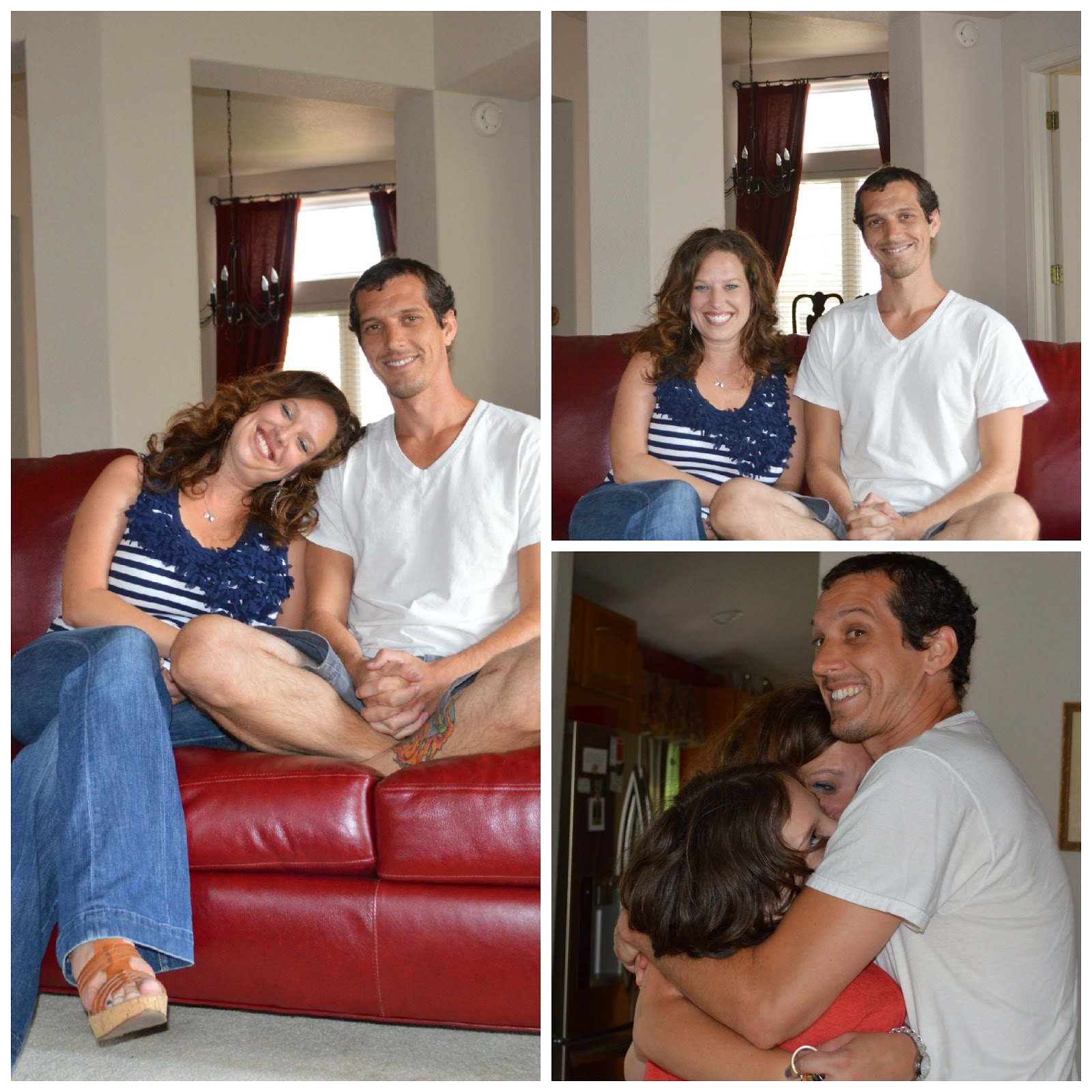 Time with Jon and Amy together is truly rare and precious.
It brings a big smile to my face. 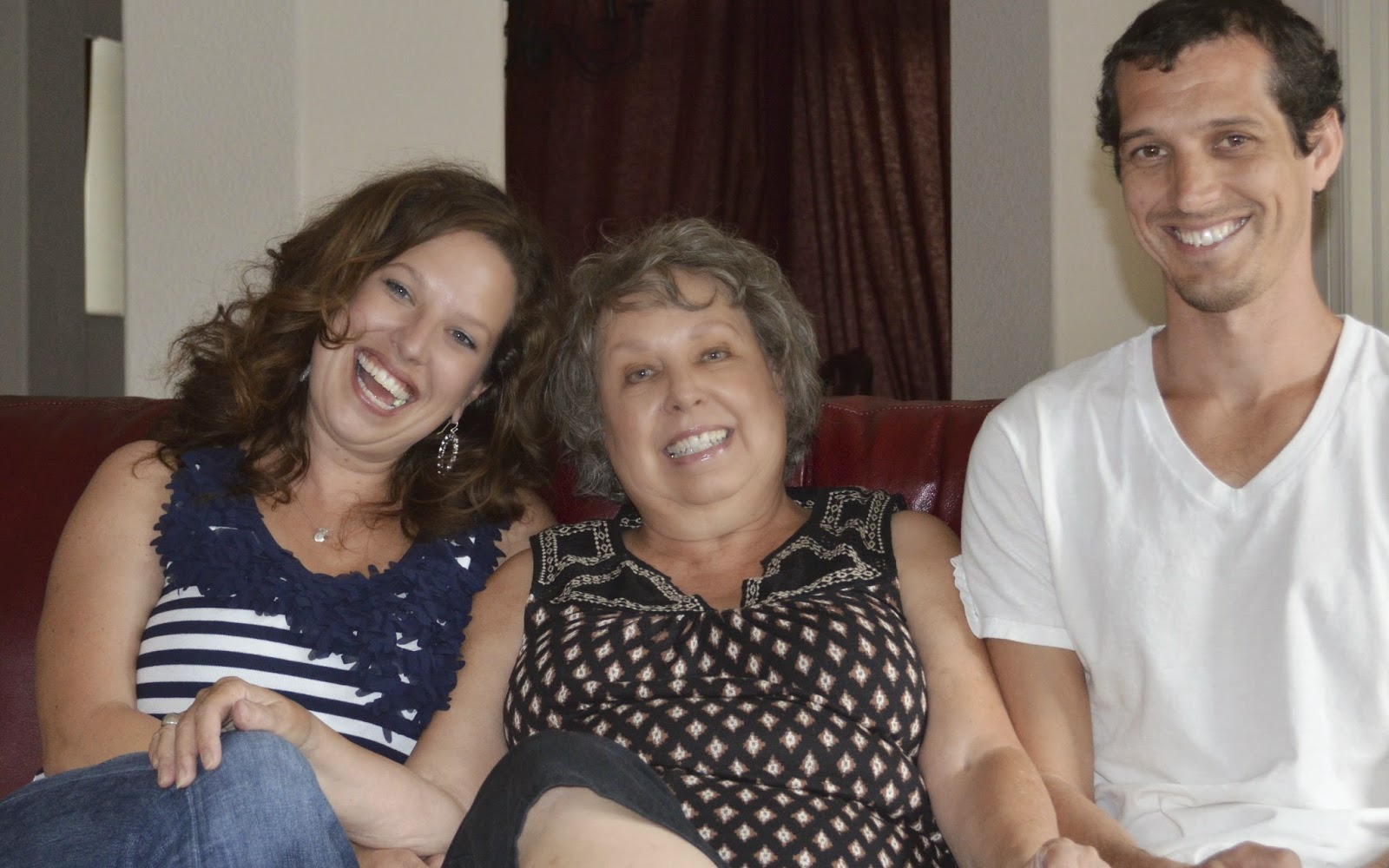 Too soon, Jon and Atticus had to leave for home.
They had flown from back east, but they would drive home in our trusty Subaru.
This car will now be Jon's mode of transportation.
It has served Jim well for many years. 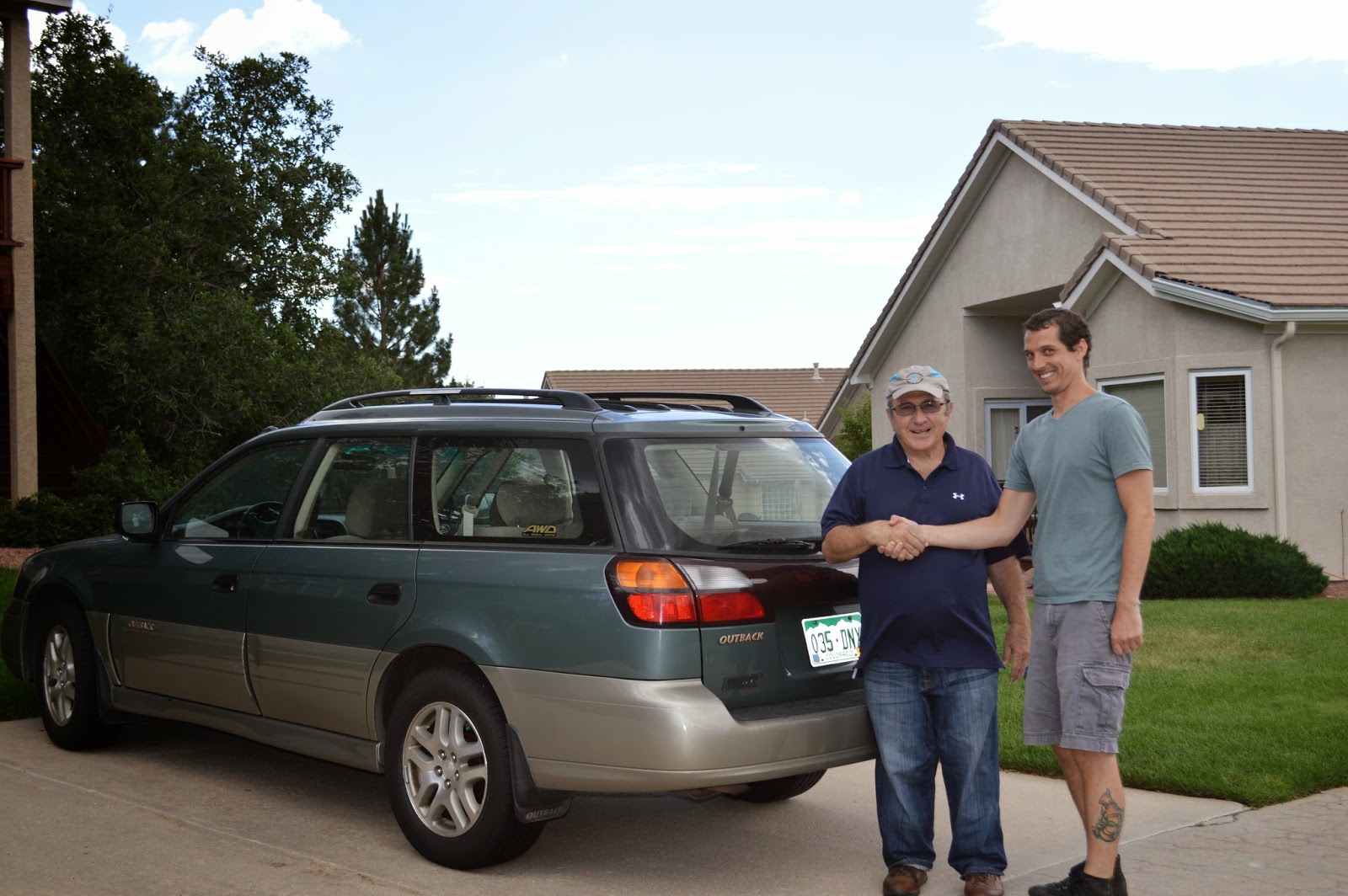 Now, we hope it will also serve Jon just as well in those Pennsylvania winters. 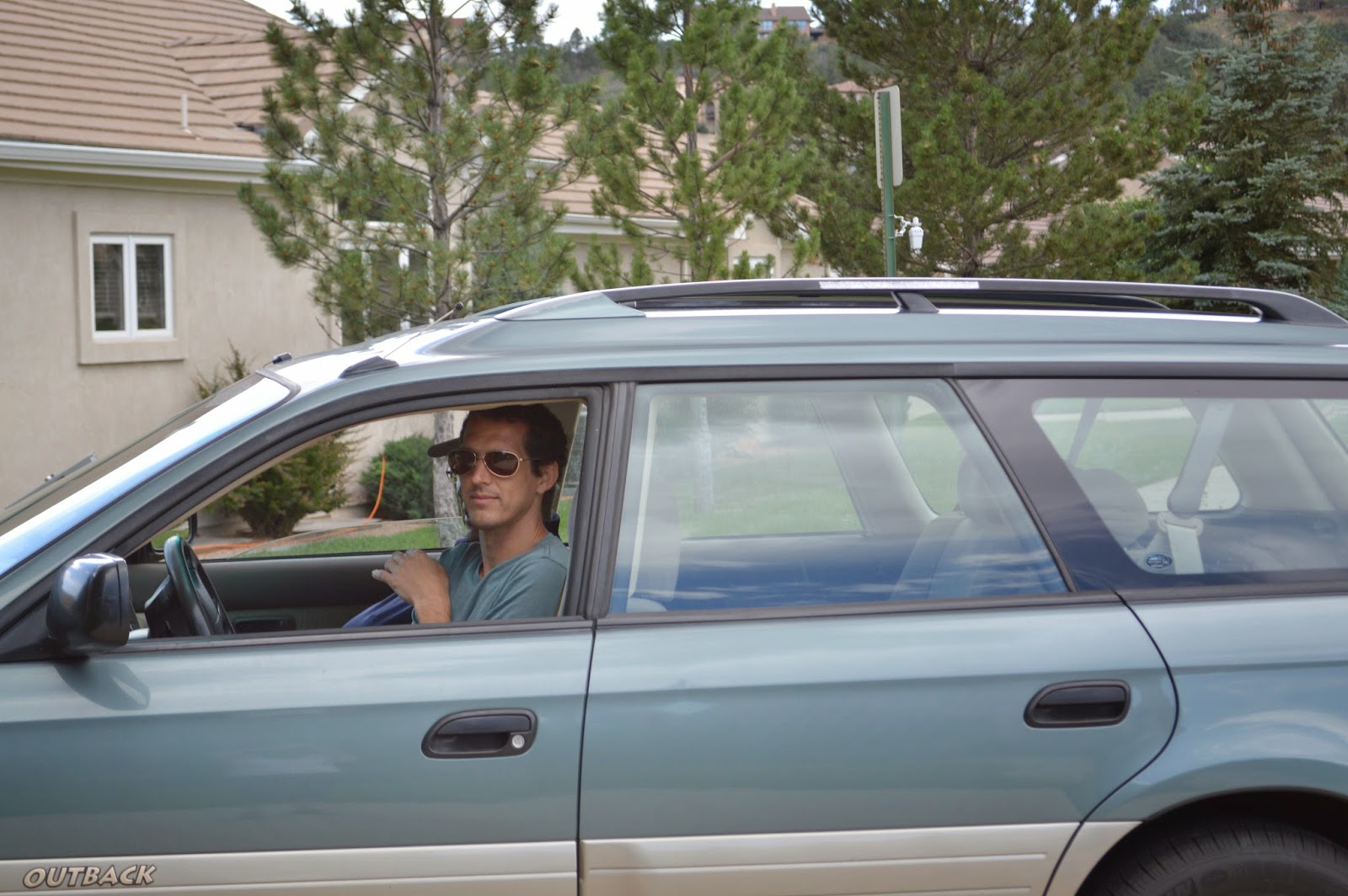 Before Jon and Atticus made the trip across the U.S.A., it was time with some photos with Boston and his buddy Atticus. 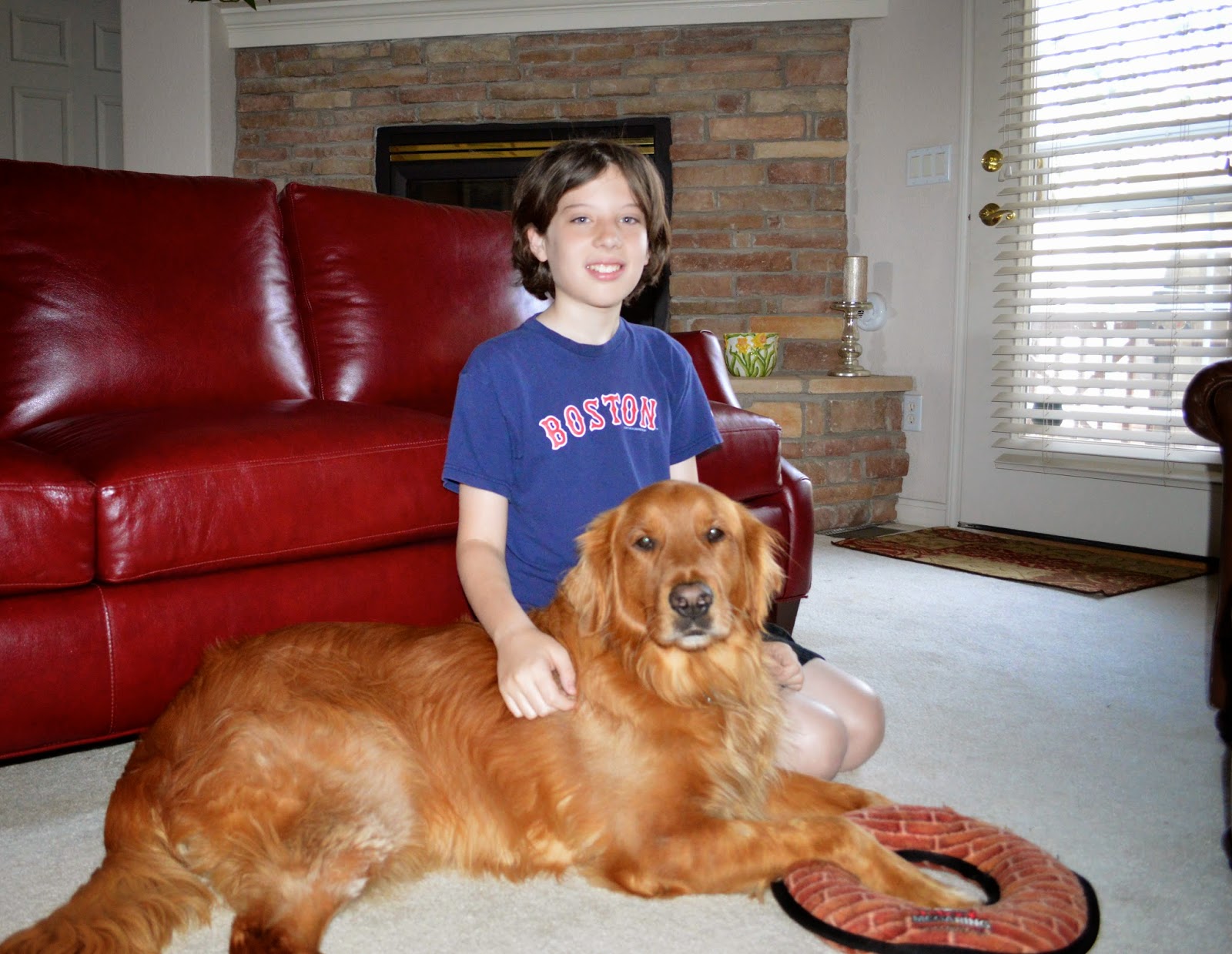 Boston really enjoyed his time with Atticus.
He didn't even bother to report to our bedroom at bedtime.
He went directly downstairs and slept with Atticus.
Yep, he jumped up and slept on the same bed.
(This is totally against the rules for Boston, but the rules were slackened while Atticus was here.)
He really misses his buddy. 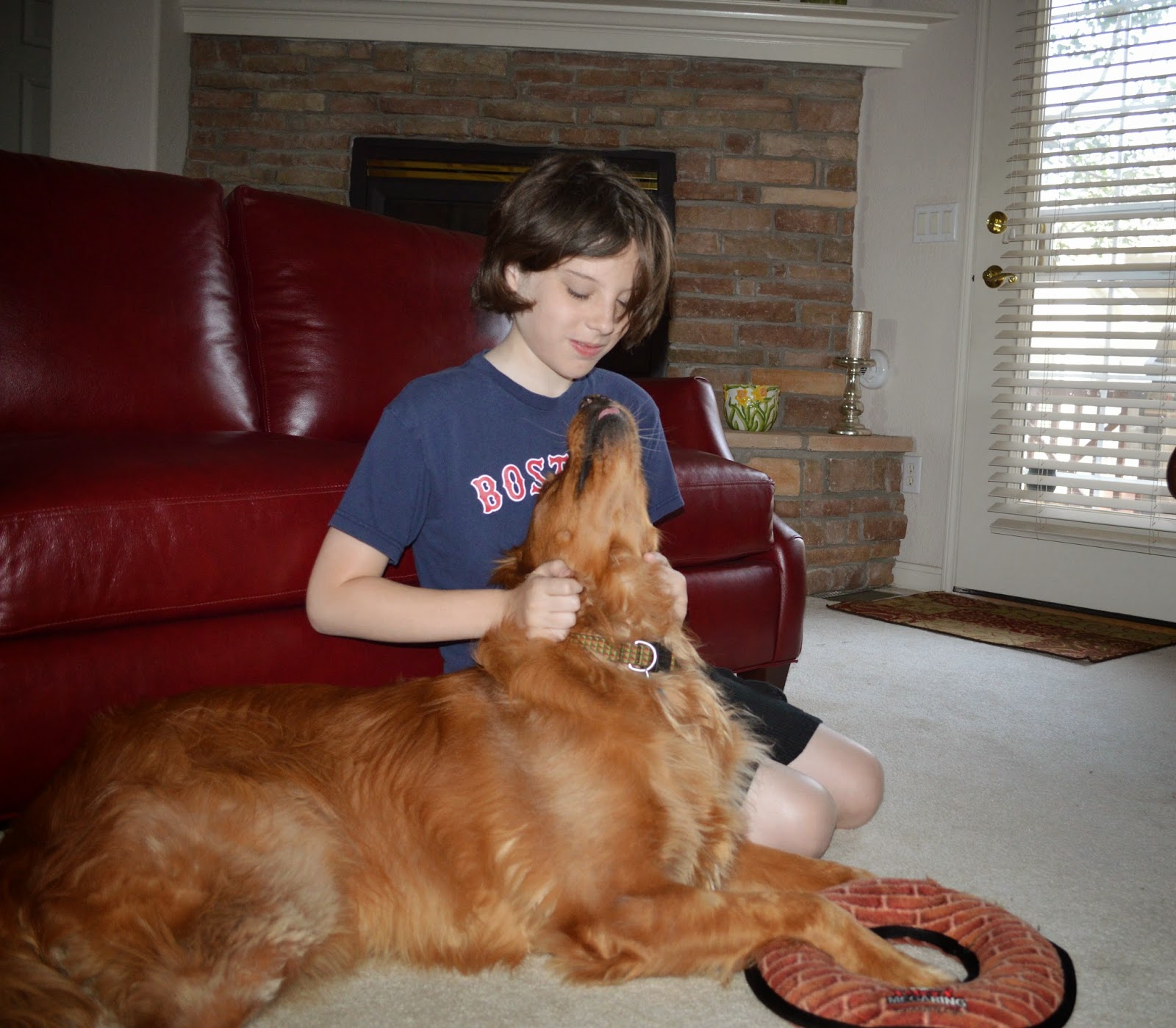 This grandma is grateful for every minute she had this summer with her grandchildren.
Now, summertime memories are stored away for another year.
Soon, we all will be in our assigned places for fall.
Summer will be a memory,
a precious memory of time spent with those I love most.