Straight from the North Pole 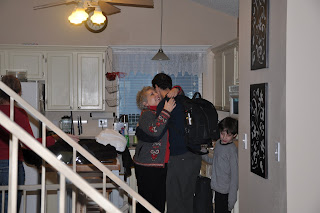 My son, his wife, and my grandson came home from Bangladesh this past week.  They have been living half way across the world for the past 18 months.   They had boarded a plane in Dhaka over thirty hours before they finally touched down in Denver on December 16.  I had a copy of the itinerary and knew they were flying from Dhaka, to Dubai, to L.A., to Denver, but I wasn't sure exactly what the flying route would be.

When they finally reached my daughter-in-law's sister's house,  I was one very happy lady to see them again!

Soon after they arrived to the Denver area, where we had gone to greet them home, I asked my seven year old grandson what route their flight had taken.  "Over the North Pole," was his reply.  "Yes, we flew over the North Pole," he said again with a look of amazement on his face.  "The North Pole, really?" I asked.  At his age I would not have even been able to fathom such an experience.  I felt almost foolish asking my next question, "Did you see Santa Claus?"  I mean, really, do you ask a seven year old if he saw Santa when he himself just flew over the North Pole?  "No," he said with all seriousness, he had not seen Santa, Mrs. Santa, or any of the elves.  "It was really dark outside.  It was dark.  We couldn't see anything."  He then went on to recount that they had also flown over Russia after they had flown over India.  After flying over Russia, they found themselves flying over the North Pole. 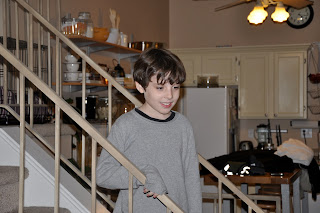 I am amazed at the experiences that this little family has had.  Atticus has seen more of this world in his first seven years than I can hope to see.  He lived in an exotic, difficult, interesting place where he was delivered daily by rickshaw to an international French bilingual school where he learned to read in French and in English.  He has traveled around to the other side of the globe four different times now.  He understands geography in ways most of us never will.

Soon after his grueling journey, I glimpsed  my grandson as sat on the couch seemingly trying to adjust to the cold Colorado weather he had just encountered after boarding a plane in a tropical country.  He was the very picture of jet lag.  Before long, my world traveler was asleep with his beloved Oso, the teddy bear that I gave him for his very first Christmas, tucked under his arm. 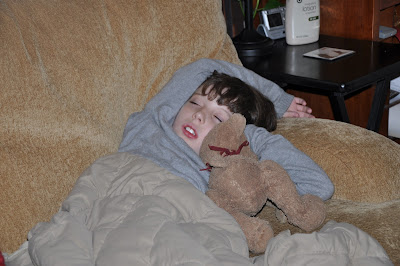 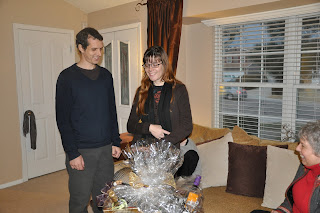