New Beginnings are Full of Both Hope and Sadness

Thanksgiving Day was a lovely celebration made very special by my daughter Amy.  In years past, Amy has either spent Thanksgiving with her former husband's family, in Utah with her father and siblings who live there, or in Pueblo at our house.  She has never cooked a Thanksgiving dinner before by herself.

This year, Amy and I had actually planned on driving to Utah together to spend Thanksgiving with the family, but circumstances and timing caused us to change our plans just days before Thanksgiving.  As she and I discussed what we would do to celebrate the holiday, she insisted that she wanted to cook.  I wasn't going to argue with that.

Thanksgiving has not been a happy holiday for several years.  It has been a trying time for Amy in particular as she has gone through a difficult divorce while she was also coping with the loss of her very best friend and sister, Julie.  Amy and Julie were practically inseparable since their earliest days.  Julie was born just two years after Amy.  They lived within just a few miles of each other for the past ten years.  They even worked at the same place until just before Julie died.  There was not a day that went by where they did not text, talk, or see each other.  I don't know how Amy has carried on, but carry on she has.

I'm so grateful Amy and I had Thanksgiving at her  house.  That house is filled with so many memories.  I barely can write as I think of all the birthdays, Mother's Days, Easters, and Christmas celebrations that we have had at Amy's.  Julie is also front in center in every one of those memories.  She figured very large in every event that Amy every hosted.  So, even though it was hard, so hard, it was a blessing to have Thanksgiving at Amy's.  It also made it a bit easier because Thanksgiving had never been at Amy's before, so there were no memories of Julie being there on Thanksgiving.

Amy is always so thoughtful.  Whenever I have a dinner at my house, she always brings a bouquet for the table.  I nearly forgot to do the same for her.
Then, I saw this turkey vase with a fall flower arrangement.
I thought how perfect it would be for her to have this little gift as a reminder of the first
Thanksgiving feast that ever she cooked. 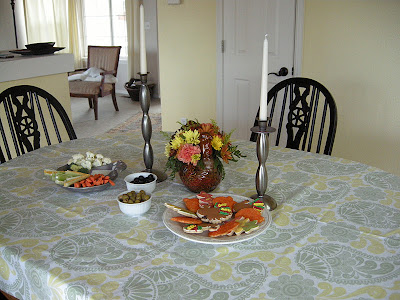 Hannah is making sure the table is set just right. 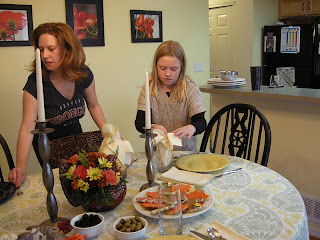 The turkey was cooked to perfection.
It was so moist.
Truly, Amy did an excellent job. 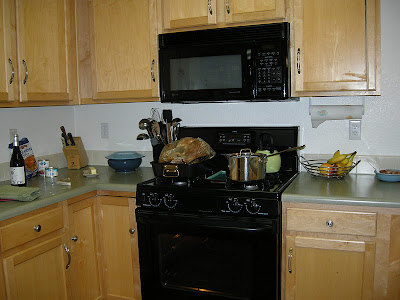 She even had to learn how to carve the turkey. 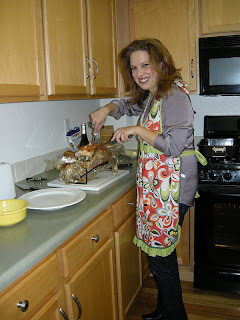 We laughed when Amy heard herself say, "You kids stop eating the vegetables" while they patiently waited for dinner to be done. 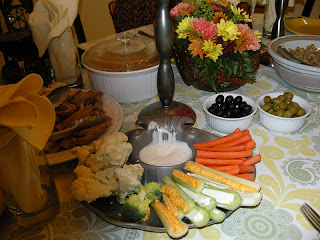 Mason was ready to eat, but he agreed to a few photos. 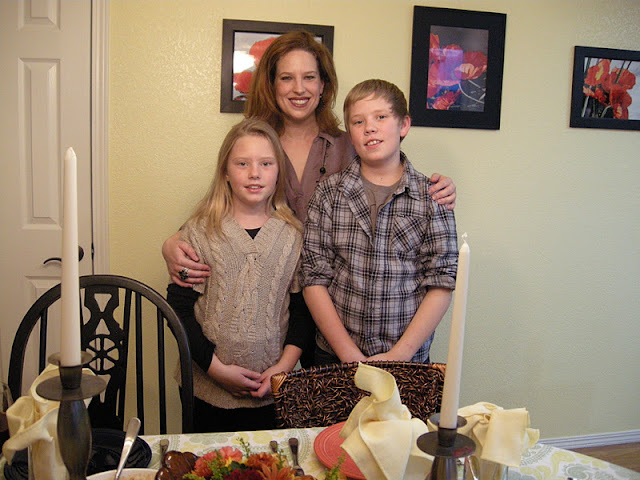 Mom and daughter
My beautiful daughter of whom I am so proud. 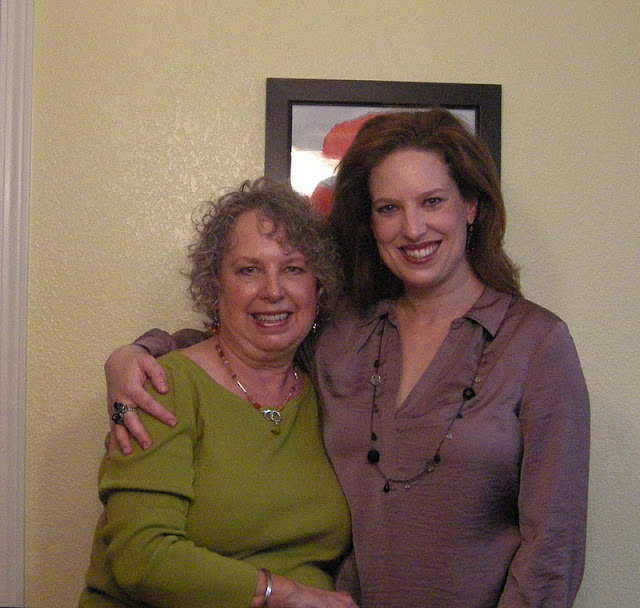 Mason and Hannah, two of beautiful grandchildren, are two of the great blessings of my life. 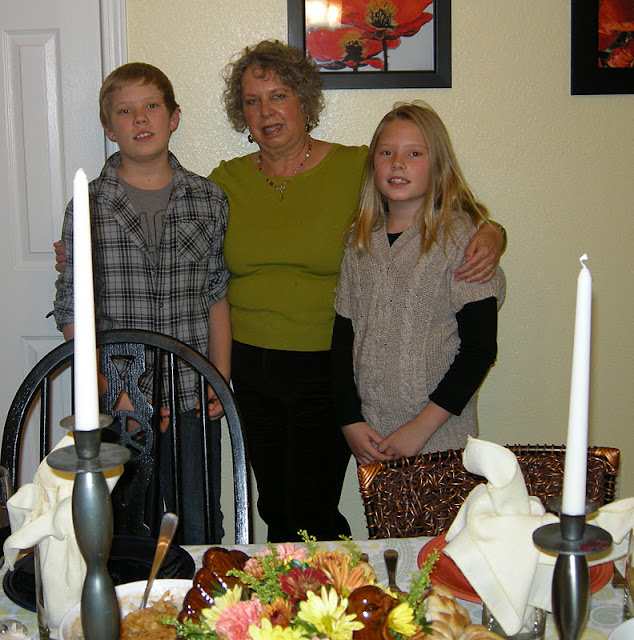 Jason, Julie's boyfriend, and our dear family friend, joined us for his second
Thanksgiving meal of the day. 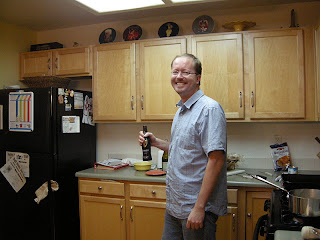 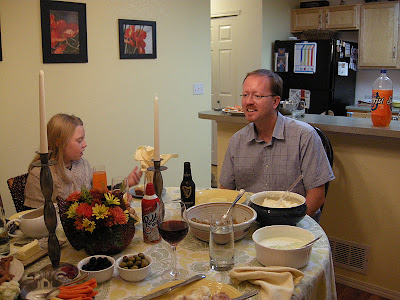 Mason gave a thumbs up to his mother's cooking.  He said she did an excellent job.
She did. 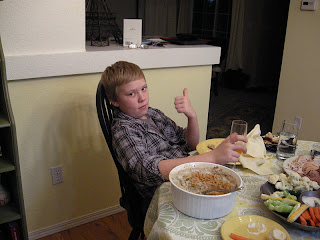 After dinner, we started a marathon game of poker.  Jason helped Hannah because it was her first time at playing the game.  After just a few hands, she was on her own and winning.  This girl was good!  Grandma was defeated early in the game.
The game went on for what seemed a lifetime.
I finally went to bed.
I heard Mason won and the game was finally over at sometime after midnight. 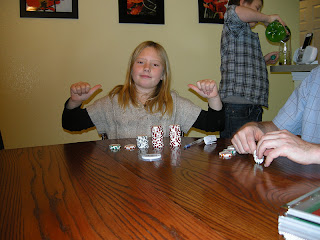 Amy will close on her house in the next few weeks.  She will be leaving the only house Hannah has ever lived in.  It will be hard to leave this place.  It has been the family gathering place for all of us many times.  It was where Amy spent many hours with Julie.  Every room is filled with so many memories.  I know how hard it will be for Amy to say good-bye to this place.  Hold her in your heart as she moves forward.

We truly are grateful that Thanksgiving was celebrated well this year.  We had good food, good company, played some fun games, and made great memories.    It also marked an ending and a new beginning.  Life is full of both, and it seems that every ending brings it share of sadness, but this sadness is tempered with great hope for the new beginnings that follow.
Posted by Sally Wessely at 9:07 PM 27 comments: