Influential Women in My Life

Today as I have read many articles, blog posts, and Facebook posts about recognizing the women in our lives whom have inspired us, made a difference in our lives, or empowered us as women, I reflected on the many women I have known and and respected in my life as they touched my life as teachers, mentors, doctors, or friends.  Four women stand out when I think of the women whose influences in my life have been most profound.  I list these women in the order they entered my life.

The first woman on the list of four women whom have most influenced me is my oldest daughter, Keicha.  We always shared an affinity for books.  I remember when she was only in junior high she came home from school with a book she had checked out of the school library for me by Catherine Marshall.  I was going through a painful divorce from her father at the time.  The title of the book was, To Live Again.  She gave it to me to give me hope for my future.  Her insight into my pain, and her response to it showed me just how much this girl had the gift of insight into the needs of others and how she would respond to that need in the best way she knew to respond.

As a daughter she has been one of the greatest supports I have had as we both grieved the loss of my beloved daughter Julie who was also Keicha’s beloved baby sister.  We talked nearly every day in those early days after Julie’s death.  We cried together and shared our pain and confusion.  We shared books and support materials that we found.  She gave me a listening ear, as I did the same for her.  We seemed to be on the same path as we grieved which was so very helpful to me personally.  We learned that not everyone grieves in the same way at the same rate of speed, but we seemed to walk the same path together. 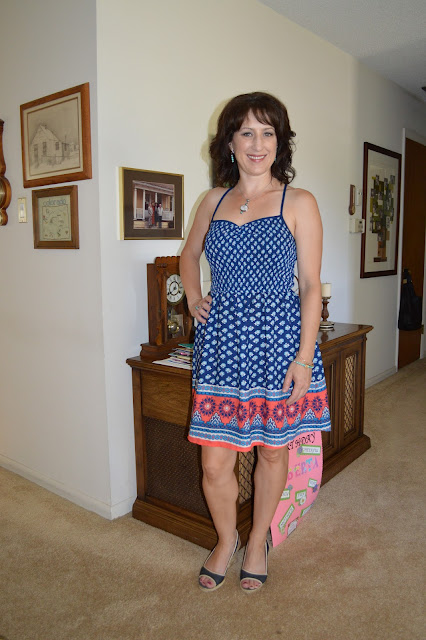 After Julie’s death from suicide, Keicha joined a suicide support grief group.  She then went on to become deeply involved in doing all that she could to educate others on prevention of suicide.  She has walked in many walks for suicide prevention, raised a lot of money, and written public service announcements.

Keicha began working as a young teen for a credit union before she even graduated from high school.  She then completed four years of college while working at the same credit union.  She recently retired from that organization after thirty years of service.

Throughout her adult life, she has been involved in more community events to help those in need than I will ever know.  As a member of junior league she worked on many committees and served on many community boards that included Boys and Girls Clubs and the Ogden City Schools Foundation.  She now is executive director of a community based organization in Utah which provides mental health services for those in need.

She recently bravely wrote about abuse that she suffered earlier in her life in a blog post. Her courage to confront the painful things in her life inspires me.   I am proud of the way she has used her many gifts to serve her community in a way that brings education and mental and physical health services to those in need.

She is a woman who empowers other women.  She is also a supportive daughter to me, a supportive sister to her siblings, and a mother who deeply loves and encourages her daughter.

The next woman on my list is my second daughter Amy.

Some say Amy is my mini me.  I know that we share many physical and emotional characteristics that have at times made it difficult for us to have a smooth sailing relationship, and yet we also have a bond that is probably one of the deepest bonds I’ve ever had with anyone in my life.  I have a difficult time writing about Amy because she mirrors my life so much that I find I cannot be objective about her when I write. 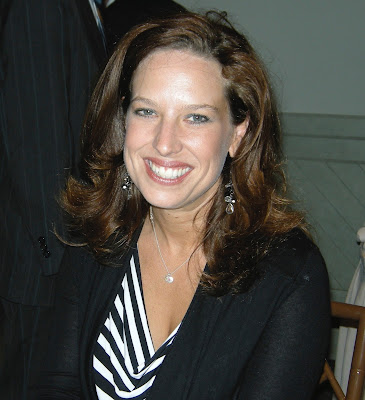 Amy is is strong-willed woman.  She was born this way.  That has been a gift to her and to me, but it has also presented challenges along the way.

When Amy was a teen, I was a struggling single mom to Amy, her sister Julie, and her brother Jonathan.  I was barely making a living as a school secretary.  Amy got a job on the day she turned sixteen so she could provide the clothes, make-up, and activities that she wanted to have which I could not provide.  There were times when Amy stepped up and helped with the rent because an emergency here or there meant I was not going to have rent money.  She is sacrificial and always wants those she loves to have the best.

This determined, independent girl child became a determined, independent woman.  She has a soft spot for others in pain, a smile that lights up a room, and a personality that matches that million dollar smile.  As a daughter, she will tell me “how it is” when I need to hear a word of truth.  She has given me some the best advice about matters of life that I have ever gotten from anyone.

She has fought hard to come back from incredible loss after the death of her sister Julie.  She and Julie were inseparable, so Julie’s death hit Amy especially hard.  She went through a painful divorce as she dealt with her sister’s death.  Her brokenness has not broken her.  She is strong and resilient.  She is a survivor.  She is more than a survivor.  She thrives as she comes through each phase of her life.

I am incredibly proud of all that she has accomplished in life as an employee, as a partner to her former husband and to her current significant other, as a mother, as a sister, and as a daughter.

The next person on my list is my daughter-in-law Samantha.  She is married to my son Jonathan.

I have known Samantha since she was a teenager when she first entered our lives as Jon’s girlfriend.  I have witnessed her grow from a girl who dropped out of high school to a professor of history with a PhD in history from Northeastern University in Boston, MA.  It would be difficult for me to begin to list all of the accomplishments that Samantha has had so far in her professional life.  She was offered a Fulbright Scholarship to study in Bangladesh.  She worked on her doctoral dissertation by doing research and living in Bangladesh with my son her son for a year and a half.

This past year, she was hired as a tenure-track professor by the University of Colorado at Colorado Springs, gave birth to a new baby, nursed that baby, moved across country to begin her dream job teaching and working where her mentor once worked and taught, worked on a book she is writing, and bought a new house that she is working on.  All this while being physically separated due to educational pursuits from her husband, my son, and her oldest son both of whom remain in Pennsylvania while my son finishes his PhD.

When Samantha steps into a class on Woman’s Studies to teach, those women she teaches are in for a treat.  She inspires me with her work ethic, her accomplishments, her intellectual acuity, and her ability to do all of this with a nursing baby at her breast.  Samantha, do you ever get to rest?

I truly have admired Samantha for her many gifts, her hard work, her intelligence, and I love to talk to her about a broad range of topics.  I most admire that she is such a loving and supportive wife to my son and fabulous mother to my grandsons while also always supporting her mother.

She truly seeks to empower other women through education and social activism.

The last woman on this list is my daughter-in-law Sheridan.

I first met Sheridan when she was in college at the University of Utah when she worked at a retail outdoor equipment store with my daughter Julie while they both worked part-time and went to college.  Sheridan took Julie under her wing at work, and then she and Julie became roommates and best friends.

Sheridan joined our family after Julie’s death when she met and married my oldest son Ryan.

While Sheridan earned a degree in English at the U of U, she also began a business with her sister.  Together, these two women built a business that has been very successful for many years.  She now is the owner of that business, a boutique in Salt Lake City called Hip and Humble.  She has created not just a successful business, she has created a successful brand.  She also works tirelessly on supporting the neighborhood where her business is located while also working to support other small businesses.  She holds leadership positions in the promotion of Small Business Saturday in November every year.

Sheridan is an entrepreneur who serves women and empowers the women she employees.  She is a smart business woman with an eye for fashion and a gift for marketing.  She is one of the hardest working women I know.  Sheridan, do you ever sleep?

Sheridan is a wonderful wife and mother.  I so appreciate the way she loves,  encourages, and supports her step-children (my grandchildren) and her sons.  Sheridan empowers every woman fortunate enough to meet her.  She always gives me great understanding, love, and support.

These four women mean the world to me because they are family, but beyond that they truly have enriched and inspired me as a woman.  I am proud beyond measure of what they have accomplished in their personal and professional lives.  They are accomplished women who look out for other women.  They are honest and authentic.  They give to the community.  They have been able to carve out professional successes while also being wives, moms, sisters, and daughters.  I admire them.  I learn from them.  I am proud of them.  I am richly blessed to have these women in my life.

I love each of you beyond measure.
Posted by Sally Wessely at 9:52 PM 10 comments: