As September draws to a close, I think of how much I have learned this month because of the various articles that have been shared on Facebook by the National Association for Mental Health (NAMI).  I am so grateful for this organization for the great job they are doing to educate all of us about the many facets of mental health.  I appreciate the help they give to those whom are ill and to those whom have family members, friends, or loved ones with mental illness.

My own personal passion concerns suicide prevention awareness.  Now that the month of September is over, the month designated as Suicide Prevention Awareness month, I don't want any of us to forget that suicide prevention awareness needs to be in place all twelve months of the year, every day of the week, and every hour of the day.  I have taken the liberty to copy the following paragraph from NAMI website page that specifically addresses the risk of suicide:

*******************
Prior to losing my daughter Julie to suicide, I would never have thought about arming myself with information regarding suicide prevention.
I should have.
Julie had threatened and attempted suicide more than once over the years before she completed suicide in 2010.

I find it stunning now that even after her previous attempts, I never sat down with her and went over the risk factors and discussed how some of the behavior I would see in her could indicate that she was highly at risk for attempting suicide again.

I never discussed a plan that could help her, me, or the rest of her family and friends during a time when she might be in crisis.
We didn't have a plan in place.
I don't think we would have had the tools to develop such a plan.

I assumed Julie would always call me, or she would call her sister Amy if she were in crisis.
I assumed we would get her help right away.

I  had never even heard the term "completed suicide" before Julie took her life.
That term alone would have terrified me because that would have meant that any attempt had the potential to be
final,
permanent.

That would have meant that my worst fear could have actually happened.

********************
A lifetime ago,
a decade plus one year ago,
during September of 2005,
my daughters Amy and Julie ran a marathon.
Julie was the driving force when it came to running.
She plotted out the training schedule.
She had more experience in running a race.
She knew how to pace herself.
She and Amy called this experience, the plan for, the preparation for, and the running of the race,
"Oxygen Depravation and Other Fun Times with My Sister."
That was actually the title of the book they wanted write about the fun times they had as sisters.
As they ran, they wrote chapters in their minds and shared how the chapter would read.
Oh how I wish they would have written down those stories.
Amy and Julie were born just twenty-three months apart.
They were as close as any two sister could ever be from their earliest days. 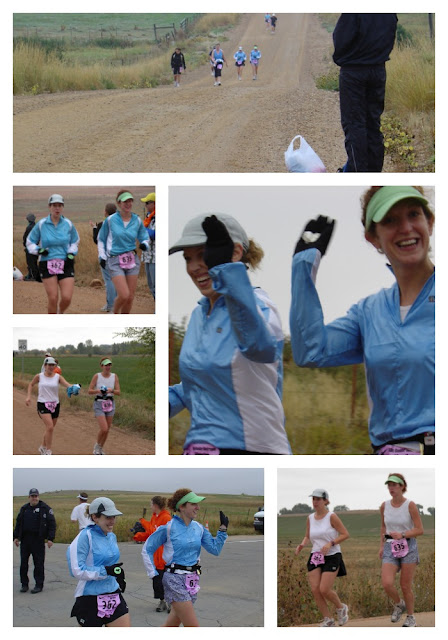 The story between these two sisters is not mine to tell.
It now belongs to Amy.


I just wish that the story of the sisterhood would never have to include a chapter on suicide.

On that day in 2010 when Julie took her life, a dark black line was drawn down the middle of the timeline of my life.

A lifetime ago,
just six short years ago,
one beautiful September day,
dear friends and family came together to walk in our very first Suicide Prevention Awareness Walk.


Team 808 for Jules was formed in 2010.
Julie's friend Leanna, a dear friend from high school, was the one who organized Team 808 and got us all involved in taking part in this important walk that raises money to go towards suicide prevention.

To this day, I am blessed to know that each year at least one member from this original team will participate in a Suicide Prevention Run/Walk.
This year, my daughter Keicha raised nearly $1000 for the walk held in Salt Lake City.
She does this walk each year in memory of her sister. 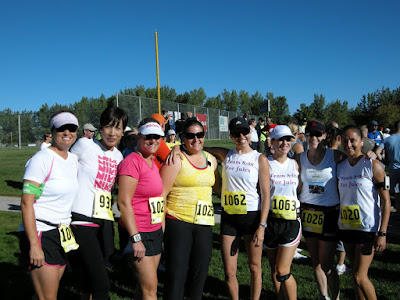 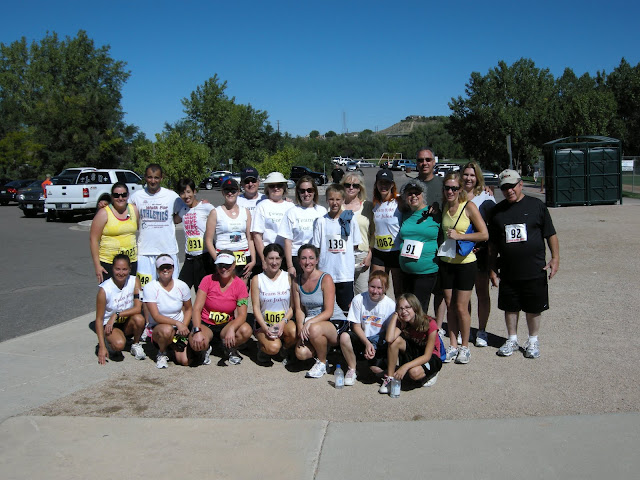 
Julie had suffered from mental illness since her teens.  She had been diagnosed and treated for both Bi-Polar Disorder and Depression.  Julie hated her diagnosis.  I don't know if she ever fully accepted it.  I think that she thought the word stigma automatically should have been written after the official term for the diagnosis.

I would talk to her about diabetes.  I would say, "Do you think that a person has diabetes because of something they did or didn't do?  Do you think it is an illness that can be treated?  Do you think it is something to ignore?  Do you think it is something to be ashamed of?"  We would talk about this analogy of mental illness and an illness like diabetes often.  She always agreed that I was right about diabetes, but I'm still not sure she fully bought into her own illness as not being something she did wrong.  I'm not sure she ever really believed that her illness could be successfully treated and managed.  I think the STIGMA of suffering from her illness haunted her, caused her not to seek treatment when she could have, and caused her to ignore warning signs that she should take care of herself.  Even as I write these words, I hear her saying would a, could a, should a.  She often said that when things went wrong in life.

She would not go into treatment for her illnesses associated with her mental illness because of the STIGMA she thought would prevent her from earning a living, getting married, having children.

She had never seen the hashtag #stigmafree because she died before we all started using hashtags.  She died before there was so much information freely available on the internet about preventing suicide, or about supporting those with mental illness.

That does not mean that Julie was not informed.  She was very informed about her illness.  She asked me to read Kay Redfield Jamison's book An Unquiet Mind when she was still in college.  She said it would help me understand what she was experiencing.  It did give me understanding to read this book.  I just wish I would have read it each year, or kept it by my bedside as a reference, or talked about it more with her.  We talked about it, but did I really get what she was going through?  Did I really comprehend all that she suffered?

What do you know about what you could do to prevent suicide?
Have you informed yourself?
I am including a link to a very important public service announcement here:
Preventing Suicide.
Read it.
Print it out for ready reference.

As I read the list provided in this article, it caused me to think about how I might have been more helpful when Julie talked to me about her depression, her hopelessness, her anxiety, her suicidal thoughts.  We had many talks about these topics, and generally, she either called me or her sister Amy when she was most at risk.  On the night she took her life, she did not call me, nor did she call her sister.  It is not my wish to second guess how any of us could have been proactive in preventing her death when it occurred because quite honestly, we really did not see it coming, and none of us really know what anyone could have done had they been aware of what was going on with her on that fateful evening.

Nevertheless, I read the list, and I think of some proactive things that we might have been able to do.

I have taken the list I reference above and added a few of my thoughts about the list.

I carry a pocket size National Suicide Prevention Lifeline card in my purse.  It lists the suicide prevention lifeline phone number on it.  It also lists the warning signs of suicide.  I have used these guidelines to speak to those I find are depressed or suicidal.  I turn the listed warning signs into questions, or I have addressed how I have observed these warning signs in behavior.

A larger lifeline card with similar information is next to my desk for ready reference.

I also have an app on my phone called:  Safety Net.  It is a great app.  It has some of the following features:
There is a place on the app to list emergency numbers that one at risk or a loved one for one at risk can find in just an instant.  I also list emergency numbers for agencies where my loved ones live because one never knows when a life threatening situation may present itself.  Our family is at risk for suicide simply because we have had a suicide take place in our family.  I take this risk seriously.

You might wish to ask your loved one if you can have the names and number of those they are seeing for treatment of mental illness.  If they wish for you to have these numbers, you can list them on this app.

Be aware that due to privacy laws, you will not get answers about the treatment you loved one is getting in many instances.  That doesn't mean that you can't give information out that might be helpful to the caregiver.

My purpose for writing this has to been to increase awareness about preventing suicide.  There is hope.  There is help.  Together, by informing ourselves, and by being observant and proactive, I believe we can can make a difference in lives of those suffering from mental illness or struggling with suicide ideation.

I will always believe Julie did not wish to lose her battle with an illness that had caused her so much pain in her life and had robbed her of so much. She fought valiantly for many years.  She was brave and courageous, but in the end, her illness won.  Now, those of us left must do what we can do to support others with mental illness.  We do this to honor Julie.

Runners need a plan before they enter a marathon.  They train and rehearse for every unforeseen event that might interfere with their goal.  They create a team for support.  They need cheerleaders along the way.  They need encouragers when the race seems much longer than they had planned and so much more difficult than they expected.